This is mark Joseph “young” blog entry #310, on the subject of Versers Mobilize. 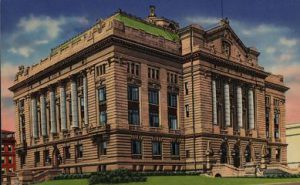 I spent a good day trying to wrap my head around this chapter, and then sat down and typed the first line–and the neighborhood power went out for most of an hour.  I didn’t get back to it until early the next morning, when I was squeezing in a few minutes before rushing out the door, so it was a bit rushed in the original draft.

I felt this had to be a Kondor chapter, but realized that he wasn’t going to be the inquisitor, and that meant the action would be mostly Slade, some Derek.  It took me a bit of thinking to wrap my head around how to do that.

I had also been thinking at the same time about how Slade would plan to penetrate the manor, and so I was ready with that when it was time.

I decided on sleep next; I had several things I wanted to accomplish, but I needed the party to sleep while they still felt safe, so that was now.  I’m also trying to figure out how Beam’s relationship with Sophia is going to go.  At the moment she doesn’t much like him and he doesn’t much care, but that has to change because for a future story I need her to be very possessive of him.

I had decided on a lot of parts related to Lauren’s martyrdom, but I suddenly realized I had not decided whether there would be a trial, or what it would be like.

I made an interesting observation while watching something on television (I think it was a movie, but I’m not certain now).  If in the script someone tells you the plan, it’s going to go awry; if the plan is going to work smoothly, the viewer isn’t given the details in advance.  I wasn’t entirely certain of all the details of the plan, and I had already thought that it was going to go wrong, but decided that it was better not to attempt to tell too much of what was supposed to happen.

I needed the combat, and was looking for where to put it.  This seemed the best spot.  I gave some thought to the infiltrator.  It needed to be small enough to be credible as something that entered through small portals, but large enough to be a credible threat.

I was starting to worry about whether I could rearm the party soon enough at this point, and indeed whether the reader would think Dawn ought to be out of bullets by now.  I never said anything about how many bullets they had for either gun, but figured I have them in a place where they can get more, and that will be my next stop.

I also confess that I had a slight oversight.  When Dawn was introduced it was said that she had three guns visible, and Beam suspected she was also carrying other weapons, and he had his own revolver.  He swapped guns with her, at least briefly, but at some point apparently swapped them back.  However, thereafter the group was treated as if there were only the two guns, Dawn’s .44 pistol and Beam’s .45 revolver.  By the time I recognized the discrepancy I had already written the chapter in which they find the armory and better arm themselves, and in the interim there were few enough encounters that the oversight might be a matter of how scenes were described–that Dawn has extra guns doesn’t matter if she never uses them, and no combat lasted long enough for her to need another gun.

I had debated whether to have this trial, but when it struck me that I could make a mockery of their justice system by turning the trial into essentially a rubber stamp on the prosecutor’s case, I went with it.

I had envisioned this covering considerably more of the rescue, which would have been bad for a climactic scene, but I had decided that the Amir would assign guards to them at the door, and it was a small and abrupt step to decide that he would invite the regular guards to wait there, separating Joe and Zeke from the others.  I needed Joe and Zeke on the rescue, so it gave me more story as Derek and Slade would have to eliminate the guards and then rescue Joe and Zeke before continuing.

It was important to me that Beam get some high tech weapons for the next world, and that he replenish the ammo for the ones he had.  On the other hand, he wasn’t going to open a door and find it; I needed to make it make sense.  Thus he comes to a locked armored door, and it’s obvious that this must be the armory, but he has to figure out how to get through it.  I already knew the solution, but I needed him to face the problem, and thus I made this a cliffhanger.

Originally I was going to continue the scene in this chapter, but I decided I wanted the cliffhanger ending and I wanted more chapters in this part of the story.  I also wrote more at the beginning than I’d anticipated, so I put the break at the tense moment and went to the other story.

I kept changing my mind about who told which parts of the story.  Derek was going to be doing most of the work, because his was the only non-lethal attack, but I didn’t really want it to be all from Derek’s perspective, and I didn’t want to keep repeating how he disabled each guard.  There were enough of them, and unless something went wrong it would be pretty much the same.

I discussed what kind of weapon Sophia might be able to use with Kyler, and he suggested several, of which the taser and the small rail gun seemed the most practical.  I had had a shotgun in mind for Bron for quite some time, and knew that Dawn would go for a military rifle with grenade launcher.

I also wanted to give him a way to carry everything, but decided with all the food he was going to need two.  I have not yet figured out how to get these into the weight limits of the characters, but that’s not yet a problem.