This is mark Joseph “young” blog entry #414, on the subject of The Song “You Should Have Thanked Me”.

I am not entirely certain when I wrote this.  My inclination is that it was the late 70s or early 80s, largely because I wrote it on a piano and in the key of C with a lot of major seventh chords–but later than a lot of other songs that fit that description.  It was written with three backup vocals, but has never been so performed or recorded.  This recording is of a live performance at the Silverlake Community Church in Upper Deerfield, New Jersey, where I would frequently visit on Sunday mornings and usually be invited to sing something.  It was recorded in June of 2011.  It’s a WMA format, so it might take a moment to download. 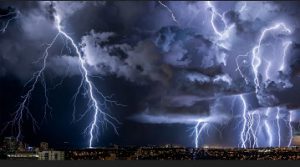 I like a lot about the song, the concept, the message, the way it’s constructed musically and lyrically, and I ranked it number 21.  The performance held it back–partly because it’s a solo performance so it doesn’t have the backup vocals.  I ranked that 30th.  But it’s a solid performance with only a couple of minor mistakes.  I’m also quite pleased with the improvised introduction (although the volume difference between my talking and my singing is rather large).  On the downside, that sound throughout that resembles spilled groceries tumbling down a staircase is the contribution of a dear brother named Rich who apparently decided that the song he had never heard would be enhanced if he used the opportunity to teach himself to play drums on the trap set on the other side of the sanctuary.  I think that I was unaware of this at the time.  Tristan did not list the song, which put it at number 29.

You Should Have Thanked Me.

Consider it all joy, each trial has been given in love.
I’m making you ready for your place in heaven above.

I’m your Father.
You know I’ll take care of you.
‘Though it looks bad you know that I’m perfecting you.

Next song:  To the Victor