I wrote this sixteenth song on the list almost certainly in late 1974 or early 1975.  I was reading a lot of C. S. Lewis at the time, and I recall at least playing it if not writing it on a piano in one of the halls at Farleigh Dickenson University’s Teaneck-Hackensack campus where I was working as a security guard.  In my mind there was a perhaps loose collection of aspects of life that were impossible without God, and this song managed to string four of them together. 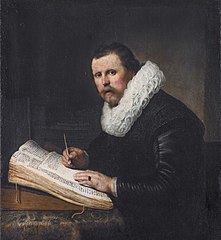 I have perhaps always been a bit ambivalent about this song.  Although it was written while The Last Psalm was still together, it was not performed then.  Arguably I did not include it for TerraNova because I had not conceived vocals for it, but I also did not suggest it for Cardiac Output.  On the other hand, when I started recording the midi-based songs, this was the opener of the second disk; and Collision used it to open many concerts and as the opener of the album Of Worlds.  It is a Christian song in the sense that it undermines worldly values and concepts; it doesn’t put forward the answers.  It is very much about how modern knowledge without God leaves us without answers.

I ranked it twenty-sixth for the song itself, but this recording, from the Collision Of Worlds album, came in at number twelve, and Tristan likes the song, tying for number nine on his list.  (The ranking system is explained in connection with the first song, linked below.)  I do very much like how the title, which begins as a suggestion that I’ve learned otherwise, comes to the end to mean that–well, that would be a spoiler.

I Use to Think.

I use to think I loved you, and I told you once before
That as each day continued I would love you more and more.
I knew what I was feeling, and I thought that it was real,
But now I find that anything I feel is nothing more than how I feel.
They tell us in biology
It’s just a change in chemistry;
It’s just as plain as it can be
That love is not reality.
It’s not for you, it’s not for me–
A child is for posterity,
And if there are too many, we
Must bend to the society
It can’t be from up above;
Is that all there is to love?

I use to think that living meant that life would be worthwhile,
And so I searched for something, and I traveled many’a mile.
I thought life was important, and I sought to find out why,
But now I guess that anything I thought before was just another lie.
They tell us in astronomy
That’s one impossibility.
We’re just a tiny speck, you see,
Compared to one small galaxy.
What happens here could never be
Of such universality
To have a lasting memory
Beyond the world of you and me.
The sweat and the blood and strife–
Is that all there is to life?

I use to think that heaven was unquestionably true,
That God was up in heaven, and was watching what we do.
I thought if I did good then I would surely reach His throne.
But now I find that good is nothing more than just a preference of my own.
They tell us in philosophy
That that is all mythology.
It obviously couldn’t be–
A God is an absurdity,
And if there is no God, you see,
There can be no morality.
It’s only the majority
Preserving the society
It strikes me as rather odd:
Is that all there is to God?

I use to think that reason was the basis of my mind,
That reason was not doubted, and would not be for all time.
And so I did my thinking, and I thought through all my plans,
But reason is worth nothing now, because it’s clear that it is based on chance.
They tell us in psychology
That thinking works mechanic’ly:
A thought from our heredity
Is formed environmentally;
They tell us in anatomy
That thinking works electric’ly:
A jolt of electricity,
A slightly altered chemistry.
A brain can be built and bought.
Is that all there is to thought?

Next song:  God Said It Is Good