This is mark Joseph “young” blog entry #301, on the subject of The Song “Holocaust”.

On my recent trip to Nashville for The Objective Session it was recommended to me that I start my own publishing company, and so publish my own songs.

That would be excellent advice for anyone with a knack for business.  I have more than once proven than I have no such ability, and so I will add that to the list of good advice I hopefully wisely did not take.

However, I am going to publish my songs, so consider me self-published.

The plan is this:  I have mostly poor recordings of perhaps sixty of the hundreds of songs I have composed over the decades.  In anticipation of the aforementioned Objective Session I selected thirty-some of these for consideration in inclusion in a package of materials to be submitted to Nashville professionals, and ultimately gave them copies of the top three.  I am now going to give those songs to you, my readers/fans, beginning with those same three, continuing through the list of thirty-some others, and adding a few that I have since been told ought to have been included.

There are other songs that ought to have been recorded which never were, or which were long ago on tapes no longer in existence.  If there is enough support through the Patreon and PayPal me links (at the top of the page) I’ll obtain new recording software and work on laying tracks for some of them.  (The old software, Record Producer Plus, was actually rather good, but Turtle Beach decided not to support it when I attempted to reinstall it after a computer crash, so I recommend avoiding anything from them because they are unreliable in terms of future support for older products.)

In compiling this list, I went through all my recordings and eliminated a few for specific reasons–a couple of them because they are part of a nearly finished opera from which very few songs have been recorded (I will remedy that if I get the software), a few because the recordings I have of them are more severely flawed than I can reasonably permit myself to release publicly (although with the caveat that some of the recordings I am releasing are seriously flawed).  I used a pocket digital recorder to record, live with an acoustic guitar, a few more songs I thought should be included which I could manage that way.  I then made two copies of the list of songs I had compiled, one listing them in what it my opinion were best to worst songs, music and lyrics, the other listing them in what in my opinion were best to worst recordings, performance and technical.  I averaged these and also asked a bunch of people (family, mostly) to comment on the list, and one, my son Tristan, responded, selecting eighteen of the songs which he thought definitely should be included, divided into the four best, the next four, the next four, the next two, and the final four.  I averaged his opinion in with mine, and that gave me the list I am using. 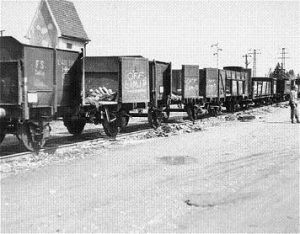 I suppose it makes sense that the song both I and my third son list as the best would already have appeared on the web.  My wife included part of the lyrics on a site (a long time ago, one of the GeoCities web sites), and I put the lyrics up in a section of this site dedicated to the songs of a defunct late 90s band called Cardiac Output (who never actually did the song, although TerraNova did back in the mid 80s), and also gave a rather detailed recollection of the process of composing it in connection with the history of the band Collision.

It may be the most powerful and is probably the most poetic of my songs (which I must again mention is co-written with my wife Janet Young and our friend Robert Leo Weston) despite its frequent disregard of rhyme and meter.  Its double meaning metaphor carries through the sung portion of the song and is cemented with the spoken poem at the end.  It was written as a duet, and in the places where both voices are singing each is regarded its own melody, neither a harmony of the other.

This recording was made using Record Producer Plus with a Soundblaster sound card; the instruments are all programmed midis, and I sang both voices.  Here are the words:

Reality has come over me as I slip away from myself.
The people I know can’t tell the truth,
And I don’t think I even care.
I can see the face of a thousand people passing by on a train.
The silence of a world as they pass on by still resounds in my brain.

Lambs to the slaughter, they open not their mouth.
A sacrifice displeasing to their God
(The innocent must die).
Smoke is rising from eternal fire.
The one we would expect
Would be there to protect
Now breaks his vow and deals the fatal blow.

The sacred dream is ended in the silent scream!
The breath of life is stifled by the surgeon’s knife!

Mere men!  Too small to understand
The truth, the value of one soul.
And so their wisdom takes its toll
In infants shattered on the rock–

Such pain!  And yet it does not shock
Our hardened hearts, our souls of ash–
We throw their bodies in the trash
And tell ourselves, it’s for the best.

And that is how we treat the rest–
The useless crippled, and the old.
With every death our heart grows cold
‘Til someone puts us in our tomb.

The gift of God comes in a maiden’s womb.