This is mark Joseph “young” blog entry #311, on the subject of The Song “Passing Through the Portal”.

Two months back I started publishing my songs through web log posts; links to the first two such posts which include an explanation of the process are at the bottom of the page.  Some of what I explain here will only make sense if you’ve already seen those posts.

This song was ranked only number nine on my list of “best songs”, and Tristan had it on his list tied for fifth.  However, it was always ranked as the best performance/recording of all those available–and it’s difficult to argue against that.  Nick Rhoades’ drumming is phenomenal, Eric Kyle Baxter captured the lead guitar work brilliantly, Jonathan Manness managed the keyboards and hit the backup vocals spot on, which means the only person about whom I might complain is that lead vocalist/bass guitarist, which is me, so I’m not going to complain.  The average made it number three, and so the third of the three songs sent to The Objective Session people.  It is entitled

Passing Through the Portal. 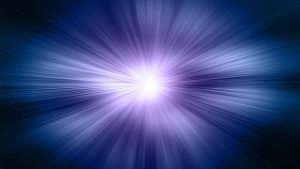 The song was included in the Collision:  Of Worlds album, and so I wrote about it before, including the humorous way it came to be written.  It was the fan favorite at concerts despite the fact that some older listeners thought it a bit nostalgic in style.  It also was the inspiration for Faith in Play #2:  Portals at the Christian Gamers Guild.  This recording is the one from the album, engineered by Tony Mascara of Millville, New Jersey, in his basement studio, and the lyrics are:

Passing through the portal–

Leavin’ this wicked old world behind,
Changin’ my heart, renewing my mind.
Oh, and did I fail to mention
I’m travelin’ to a new dimension?
Passing through the portal to the new world.

Crossin’ the bridge, the bridge is a cross;
All that was gained I’ve counted as loss.
No, it’s not my imagination–
I’m movin’ into the new creation.
Passing through the portal to the new world.

Next song:  Walkin’ In the Woods