This is mark Joseph “young” blog entry #337, on the subject of The Song “Selfish Love”.

This song, like Time Bomb, was inspired by the people I worked with when I got into the secular work world after being cloistered in Christian colleges and radio ministry.  The attitudes they had toward going out with each other caused me to recognize that for them physical love was a way of getting something, not giving something.  The concept gave me this song. 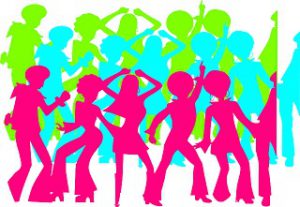 This was my number thirteen song, and I put the recording and performance quality at twenty-five.  That low ranking was partly because this is another that I recorded using midi instruments and I’m not entirely happy with that aspect particularly with the percussion, and also because although the four voices here are pretty good they’re not great, and when we did this with TerraNova we had a soprano that I recognized was outside my range, so I feel like the song is missing something in spots.  On the other hand, I think this recording is better than the one on Collision Of Worlds.  That one is rushed a bit, Kyle forgot what he was going to play on the instrumental and played something very disappointing, there were only two voices, there were problems with the rhythm in spots, and overall I was rather disappointed with it but didn’t see an easy repair within the time constraints.  Tristan, meanwhile, put this as tied for number one on his list, one of his undisputed favorites, which kicked it up quite a few steps to place as number eleven overall.

This version has the bass guitar duet on the instrumental (and behind the last chorus) which I particularly like.  The Andrews-Sisters-like vocals on the second verse came into existence because in TerraNova I wanted to have each verse sung by a different vocalist but my wife, our contralto, refused to sing a solo verse so I had to innovate by creating the trio there.  I like it, so I’ve kept it.  I think my wife didn’t like this song, at least then.  She and Barbara used to call it Shellfish Love and do the little clam things with their hands that I remember as the Clam Cheer from scouts.  It was another attempt to do the rock guitar thing (of which Passing Through the Portal was the success, Walkin’ In the Woods and Convinced appearing as other good songs that failed in that), but it came out more pop than rock, I think–but I still like it.

Love is still the answer to your achin’ heart.
When it comes to lovin’ you just play the part.
Lovin’ ’em and leavin’, you think you’re so smart.
That isn’t love, that isn’t love,
That’s the kind of lovin’ that tears apart.

Love is never measured by the things your heart can feel.
Love is never anything unless it’s something real.
Love is not a miser seeing how much he can take.
Love is a commitment you will never ever break.

When you fall in love, you never fall too deep,
Makin’ all those promises you never keep.
What you sow today you’re gonna surely reap.
That isn’t love, that isn’t love,
That’s the kind of love that will make you weep.