God gave me this song.

I hate those words; I almost never say them.  God gave me gifts, abilities, tools to write songs, and I struggle to forge them from ideas, themes, progressions, concepts.  I work hard on my songs, and sometimes they don’t come out well, and sometimes they are never finished.  God doesn’t “give” me songs; He makes me create them.

But He gave me this one. 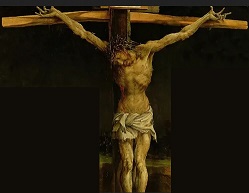 Before I tell you about that, I’m going to vent a bit.  I remember a guy I knew in high school who called me up one week to tell me that on Friday night he was baptized in the Holy Spirit, and over the weekend God gave him five hundred songs.  He wanted me to come over and hear them.  I did.  Thing is, he sang very nearly monotone, and he knew only three chords.  The lyrics were, as far as I heard, all direct passages from the Gospels read straight from a modern committee translation with no crafting to make them more poetic, and they would have taken less than a minute each to sing these songs were it not that every maybe two to five syllables he changed chords, and he had to stop playing and singing so he could reposition his fingers when he did so.

O.K., that’s an extreme case–but I’ve heard many songs that people claimed God gave them, and often felt, really?  Couldn’t God have written a better song than that?  (And seriously, is it really more arrogant to claim that God has gifted you with the skills and talents to create songs than it is to claim divine inspiration for them?)  So I have assiduously avoided claiming divine inspiration for any of my songs.

But God gave me this one.

It was the spring of 1977, a private prayer time with my wife in the front room of our apartment in Rockport, Massachusetts, and we had sung a few songs so I was holding a guitar.  I struck a D major chord and started singing, and the song below came out.  As the last strings faded, Jan said something about it being a wonderful song, but it was gone–I could not remember more than that it started on a D chord.

A month later I was alone, and it came back to me, and I wrote it down immediately.

This recording was made in my living room in 2019, with just an acoustic guitar.  My preferences for this song would have included that there would be a lead guitar playing counterpoint to the vocal, and an instrumental verse in which the lead guitar plays both the melody and the counterpoint.  Also, it would segue from the song To the Victor, which Lord willing will be published in six months.  This, though, is the only recording of it of which I’m aware, and it conveys the essence, so it will suffice.  It is also one of the very few worship songs I have ever written.  I ranked it fourteenth for quality of words and music mostly because it’s short (another reason why I would perform it with an instrumental verse), and twenty-second for quality of the performance and recording mostly because it would be much better done with a band; Tristan did not have it on his list.  That placed it as the twenty-fourth song on the list.  (The method is explained in connection with the first song, linked below.)

Thank You for Your Word,
Come to make us wise,
By Your precious grace
Giving us the eyes

Dying on the cross of Calvary.
Yes, You came and died for me.
You gave your life so man would never die.
You came, and that is why
You came, yes, that is why.

Next song:  Look Around You