This is the eighteenth song on the list, written during the 1977-78 school year in the study of our Landmark Lane apartment in Rockport, Massachusetts.  It is one of my youngest son’s favorites (I think he likes songs with angst in them), but he didn’t respond when I invited him to contribute to the selection process.  I listed it twenty-second for the quality of the song itself, eighteenth on the quality of the midi-instrument recording and performance; Tristan had it on his list, tied for ninth, which pulled it up.  (The ranking system is explained in connection with the first song, linked below.) 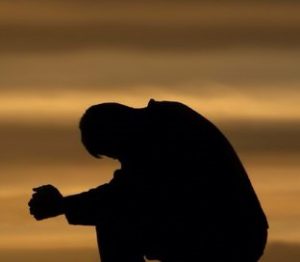 By the time I wrote this I was making a point of trying to make my songs different from each other.  I thus started this on a Bb major seventh chord, making for a rather difficult song to play on an acoustic guitar.  (Guitars and most stringed instruments prefer sharp keys; flat keys are packed with hard-on-the-fingers bar chords and difficult notes on violins and violas as open strings are eliminated.)  I also went for a mellow jazz flavor.  I intentionally jumped the octave and inserted a transitional chord at the end of the second verse into the first bridge, and then specifically did not do so when the third verse goes into the second bridge, both times to create surprise.  I admit that I stumbled into the extra couplet and the diminished seventh chord on the last verse, pushing the end of the verse up an octave and increasing the build–but this isn’t supposed to be a songwriting instructional, just memories about the song.

As to that, I don’t have many.  We never included it in the repertoire of any band, and because of the bar chords I don’t often do it in solo appearances.  I remember struggling with the lyrics in the second bridge–I wanted it to say that if I asked Him to change my days to bring joy He would change my ways, but I couldn’t get that and had to say the reverse.

This midi-instrument recording is the one on which I based my decisions.  When I was trying to find a copy to upload I stumbled on this live recording from a late December 2014 Sunday morning appearance at the Silverlake Community Church using a borrowed acoustic guitar, complete with introductory comments.

My Life to You.

When I was young I went to Sunday School,
And there I learned about the Golden Rule:
Do what you want men to do to you;
But I found that too hard to do,
So I thought I would write my own:
Now I do what I don’t condone.
It seems that I am rotten through and through.
Someday I’ve got to give my life to You.

Now I’ve grown, and I am wise indeed:
I know love is what we really need.
Love will bring us to a peaceful state,
But my own life is full of hate.
I am striving to work my will.
Love means serving, I know, but still
I keep on doing what I want to do.
Someday I’ve got to give my life to You.

I just can’t seem to see, or understand,
No matter how hard I try,
If I make You my king, you’ve wonders planned.
That’s why You came to die.

Then when finally I saw my sin,
I tried to change me from the outside in.
I tried to go ways I couldn’t go;
I tried to show love I didn’t know.
Now I’m learning beyond a doubt:
Man must change from the inside out,
And that’s what You say You want to do.
Someday I’ve got to give my life to you.

If I would say to You, rearrange my ways,
And make You my sovereign king,
Then this is what You’d do, You would change my days,
And oh, what joy you’d bring.

Will I say with my dying breath,
“Give me freedom, or give me death”?
Will I keep on ignoring you,
Doing just what I want to do?
Will I keep going my own way?
When I’m dying, what will I say?
I’ve been dying for many years;
I’ve been crying, You’ve seen my tears.
Jesus, You make all things new;
Someday I’ve got to give my life to you.

Someday I’ve got to give my life to you.