This is mark Joseph “young” blog entry #408, on the subject of The Song “Given You My Name”.

For years my wife complained that I had never written a song for her.

She was, technically, right.  Although we had Sue Kirkegard (nee Adams) and Jackie Lund perform it at our wedding, I had written Joined Together for Dave and Jes Oldham.  Jan’s favorite wedding song, God Said It Is Good, was written for Rick and Debbie Van Norstrand.  I’d written several other wedding songs for various people, including one for my sister (which I thought particularly good, but unless I can get a copy of her wedding video it’s probably lost forever).  I’m sure she inspired every one of those songs, but they weren’t actually written for her. 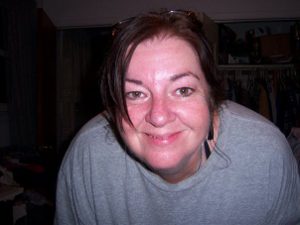 This song remedied that.  I’m not sure when I wrote it, exactly; we had been married a long time.  Yet its simple message is exactly right.  This one is for Janet.

This recording is one made actually in my kitchen, if memory serves, so I would have a recording of it.  Since it really was just for me and her, I didn’t do any retakes; but it’s good enough and gets the point across.

Given You My Name.

Life is full of many blessings that we often fail to see.
You have been the greatest blessing that could ever come to me.
You are lots of fun to be with, but it isn’t just a game:
You’re my wife, the one I love, I’ve given you my name.

There are times when something little seems to get us in a fight,
And it’s clear before it’s over neither one of us is right.
Let’s give in and get together, and forget about the blame:
You’re my wife, the one I love, I’ve given you my name.

When I say that you’re pretty, believe that it’s so:
Your beauty is in my eye.
I’ll stay here forever if you never go,
Together until we die.

Yes I know we’re getting older as the years go flitting past;
Things we thought would be forever have already failed to last.
All the world and we are changing, yet still this much stays the same:
You’re my wife, the one I love, I’ve given you my name.

Next Song:  When I Think