This song is also tied for nineteenth on the list; I ranked it sixteenth for the overall quality of the song and twenty-seventh for the quality of the recording, but Tristan had it on his list, tied at number nine.  (The ranking system is explained in connection with the first song, linked below.)  The recording is another done with midi instruments, and in this case a second vocal part which was out of my range is covered by a midi trumpet in places.  It lacks the punch of a live recording, but captures the essence otherwise.  I think, too, that it should have been just a touch faster. 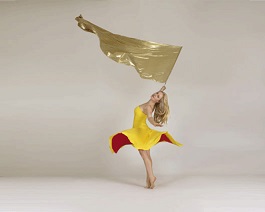 This is probably the third song in which I shifted between a 4/4 (or in this case a 2/4) and a 3/4, and put the the accent on the upbeat of the second beat of the three–quite prominently in this case.  It may have been, like Free, inspired by the work of Conrad Gempf; in any case, it was written around that time, in my first year at Gordon College.

That also means that The Last Psalm had broken up, and as I came out of the first bridge I thought it needed a lively instrumental, but as I would be doing it solo I wasn’t going to have a lead guitarist to play such a thing.  Thus I wrote a vocal cadenza for the space.  I connected with my then-fiance (and now wife for decades) at the wedding of a cousin, and she said that I should write a second vocal for it (not that I could perform it with two voices, but that she wanted to sing along), so I did.

We were working on it with Collision, and I feel a bit stupid about it because the problem was that Jonathan could not master the very difficult second vocal on the cadenza (singing it an octave lower), and it never occurred to me to have him play it on the keys.  Because of this failure on my part, it was cut from an originally planned place on the Collision: Of Worlds EP.  Some notes on it as part of the Collision repertoire are on the web here.  It was previously performed by both TerraNova and Cardiac Output.

I expect the lyrics arose from the music on the verses, being written together with the melody.  It was just such an upbeat sound that it had to be about something like joy.  I do not at all remember how I managed to include the major shift into the feel of the bridge.

I liked the gentle suspended ending featured in this recording and followed by Collision.  In TerraNova, Jerry Cregger thought that too many of my songs ended with what he generalized as “fade out” endings, which in his assessment included this one (along with Walkin’ In the Woods, Voices, and Time Bomb, but I don’t really agree about the first of those), and so an additional short vocal tag was added to give it a more powerful end.

A Song of Joy.

I’m singin’ to the Lord a song of joy.
He always gives me ev’ry thing I need.
He gives me life and breath and life again,
And now I want to say He’s Lord indeed.

I’m singin’ to the Lord a song of joy.
He’s always been a great and wondrous King.
He leads me in the way that I should go,
And now I want to give Him ev’rything.

I don’t know what Satan really has to offer,
But I know he’s only trying to destroy,
And I’ve met the only one who’s from the Father–
If you turn to Him, He’ll fill you with His joy.

I’m singin’ to the Lord a song of joy.
He’s given me a brand new life to live,
And now I am convinced beyond a doubt
He gives me ev’rything there is to give.

I don’t know what Satan really has to offer,
But I know he’s only trying to destroy,
And I’ve met the only one who’s from the Father–
If you turn to Him, He’ll fill you with His joy.