This is mark Joseph “young” blog entry #317, on the subject of The Song “That’s When I’ll Believe”.

As far as favorite songs go, this was only number twelve of my top choices, and tied for thirteenth of Tristan’s; but it ranked number two in quality of recording and performance.  (See previous web log posts, linked below, for more about the ranking system.)  I have some quibbles–I missed a vocal frill I never miss, Baxter didn’t get all the guitar frills and chord positions the way I would have done them, and I forgot that there was brass at the climax of the last verse so I didn’t record it–but overall it’s an excellent recording, and the one that appears on the EP Collision Of Worlds.  You’ll find it here. 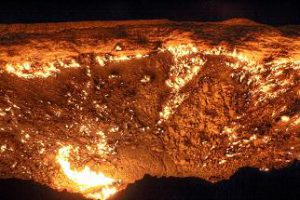 In the studio, I had Kyle Baxter record the acoustic guitar for the first verse alone in the booth.  He hesitated on the last chord and apologized to me for it saying he could do it again, but I said it would work fine that way.  We then had everyone in the booth to record the body of the song, with my singing and Nick Rhoades’ gentle cymbals over that first verse before everyone came in (Jonathan Maness on keyboards, me on bass) for the rest.  In concert we had two keyboards, and Jonathan was supposed to put the brass in, but there was only one in the studio so we went back and I overdubbed the brass on the keyboard.  I hadn’t practiced it, and was doing it from my recollection of a midi recording I’d made a decade earlier, but it worked.

Because the song was recorded by Collision and previously done by Cardiac Output, there are already pages on the Web which discuss it, most notably here, telling the story of its origin.

Some people try to tell me my way’s no good,
That I’ve got to take another path.
If there’s a God in heaven I really should
Turn around and so escape His wrath.
If there’s a God in heaven, then what is death?
The Grim Reaper leaves us all bereaved!
So when I hear of someone calling back his breath,
That’s when I’ll believe.
That’s when I’ll believe.

They say there was a man who conquered the grave–
Yes, they say He rose up from the dead.
High on a cross He suffered and died to save
With a crown of thorns upon His head.
I’ll have to see the nail prints in Jesus’ hand,
And the side the soldier’s sword has cleaved,
And when I’m satisfied and sure I understand,
That’s when I’ll believe,
That’s when I’ll believe.

They say He’ll come again in power–
Then He will take His people home.
Although nobody knows the hour,
Still they are sure that He will come.
When I see Him in the clouds–
When His people start to leave–
When the trumpet sounds aloud–
That’s when I’ll believe.