This is mark Joseph “young” blog entry #372, on the subject of The Song “Heavenly Kingdom”.

This song is tied for nineteenth on the list; I ranked it number eight for the overall quality of the song, and Tristan included it on his list, albeit at the bottom, tied for fifteenth.  The problem pulling it down was although there is a decent recording of it on Collision: Of Worlds, I don’t sing it, and I am still reluctant to use versions of songs I don’t sing.  Thus I had to do a recording in my living room on a digital recorder, with all the same “mistakes” I made when I recorded Still, Small Voice–automatic level control picking up room noise when the song got quiet (which this one does quite a bit), breathing difficulties because I had just gotten out of the hospital.  Add to that that the song was written for three vocals and never performed with fewer than two, and that at the ends of the lines there were always instrumental frills (lead guitar, keyboard, bass, and drums), and it’s a very disappointing rendition of the song.  However, it is a good song.  (The ranking system is explained in connection with the first song, linked below.) 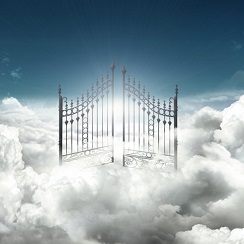 The song was written during the 7dB days, and performed then.  It arose out of musings that I knew I was a teacher but I wasn’t sure how much of my music was teaching.  I had long had this idea in my head, but never as a song, and I decided it could work set to music, so I tackled it.

The idea arose from Jesus’ teaching about cutting off your hand and plucking out your eye if they caused you to sin, which for many years bothered and upset me until I realized that our body parts don’t cause us to sin–it is that inner person that does so.  This was such a relief to me, and ranks high in my list of great realizations.  I thus thought that a song that taught this, that it’s not your body parts of which you must rid yourself but that selfish person inside, would work.

My wife, not seeing it quite as I did, thought the song much too upbeat and happy for the message–that you have to die to yourself–but then, I found the happiness in the fact that I didn’t have to remove body parts.  Mohammed got it wrong, I would say.  Get rid of what really causes you to sin.

As mentioned, we started doing the song with 7dB and continued with Collision.  This recording is none of the above, and I tripped over several words and a few guitar strums, but it does give the flavor of the song.

Would you be crucified with Christ,
Baptized and buried in His death,
Raised up and living in His life,
Breathing Him in with ev’ry breath?