Beginning “off-site”, there was a lot at the Christian Gamers Guild, as the Faith and Gaming series ran the rest of its articles.  I also launched two new monthly series there in the last month of the year, with introductory articles Faith in Play #1:  Reintroduction, continuing the theme of the Faith and Gaming series, and RPG-ology #1:  Near Redundancy, reviving some of the lost work and adding more to the Game Ideas Unlimited series of decades back.  In addition to the Faith and Gaming materials, the webmaster republished two articles from early editions of The Way, the Truth, and the Dice, the first Magic:  Essential to Faith, Essential to Fantasy from the magic symposium, and the second Real and Imaginary Violence, about the objection that role playing games might be too violent.  I also contributed a new article at the beginning of the year, A Christian Game, providing rules for a game-like activity using scripture.  Near the end of the year–the end of November, actually–I posted a review of all the articles from eighteen months there, as Overview of the Articles on the New Christian Gamers Guild Website.

That’s apart from the Chaplain’s Bible Study posts, where we finished the three Johannine epistles and Jude and have gotten about a third of the way through Revelation.  There have also been Musings posts on the weekends.

Over at Goodreads I’ve reviewed quite a few books. 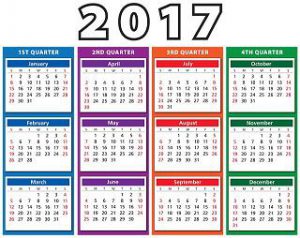 Turning to the mark Joseph “young” web log, we began the year with #151:  A Musician’s Resume, giving my experience and credentials as a Christian musician.  That subject was addressed from a different direction in #163:  So You Want to Be a Christian Musician, from the advice I received from successful Christian musicians, with my own feeling about it.  Music was also the subject of #181:  Anatomy of a Songwriting Collaboration, the steps involved in creating the song Even You, with link to the recording.

We turned our New Year’s attention to the keeping of resolutions with a bit of practical advice in #152:  Breaking a Habit, my father’s techniques for quitting smoking more broadly applied.

A few of the practical ones related to driving, including #154:  The Danger of Cruise Control, presenting the hazard involved in the device and how to manage it, #155:  Driving on Ice and Snow, advice on how to do it, and #204:  When the Brakes Fail, suggesting ways to address the highly unlikely but cinematically popular problem of the brakes failing and the accelerator sticking.

In an odd esoteric turn, we discussed #153:  What Are Ghosts?, considering the possible explanations for the observed phenomena.  Unrelated, #184:  Remembering Adam Keller, gave recollections on the death of a friend.  Also not falling conveniently into a usual category, #193:  Yelling:  An Introspection, reflected on the internal impact of being the target of yelling.

Our Law and Politics articles considered several Supreme Court cases, beginning with a preliminary look at #156:  A New Slant on Offensive Trademarks, the trademark case brought by Asian rock band The Slants and how it potentially impacts trademark law.  The resolution of this case was also covered in #194:  Slanting in Favor of Free Speech, reporting the favorable outcome of The Slant’s trademark dispute, plus the Packingham case regarding laws preventing sex offenders from accessing social networking sites.

Other court cases included #158:  Show Me Religious Freedom, examining the Trinity Lutheran Church v. Pauley case in which a church school wanted to receive the benefits of a tire recycling playground resurfacing program; this was resolved and covered in #196:  A Church and State Playground, followup on the Trinity Lutheran playground paving case.  #190:  Praise for a Ginsberg Equal Protection Opinion, admires the decision in the immigration and citizenship case Morales-Santana.

We also addressed political issues with #171:  The President (of the Seventh Day Baptist Convention), noting that political terms of office are not eternal; #172:  Why Not Democracy?, a consideration of the disadvantages of a more democratic system; #175:  Climate Change Skepticism, about a middle ground between climate change extremism and climate change denial; #176:  Not Paying for Health Care, about socialized medicine costs and complications; #179:  Right to Choose, responding to the criticism that a male white Congressman should not have the right to take away the right of a female black teenager to choose Planned Parenthood as a free provider of her contraceptive services, and that aspect of taking away someone’s right to choose as applied to the unborn.

We presumed to make a suggestion #159:  To Compassion International, recommending a means for the charitable organization to continue delivering aid to impoverished children in India in the face of new legal obstacles.  We also had some words for PETA in #162:  Furry Thinking, as PETA criticized Games Workshop for putting plastic fur on its miniatures and we discuss the fundamental concepts behind human treatment of animals.

We also talked about discrimination, including discriminatory awards programs #166:  A Ghetto of Our Own, awards targeted to the best of a particular racial group, based on similar awards for Christian musicians; #207:  The Gender Identity Trap, observing that the notion that someone is a different gender on the inside than his or her sex on the outside is confusing cultural expectations with reality, and #212:  Gender Subjectivity, continuing that discussion with consideration of how someone can know that they feel like somthing they have never been.  #217:  The Sexual Harassment Scandal, addressed the recent explosion of sexual harassment allegations.

We covered the election in New Jersey with #210:  New Jersey 2017 Gubernatorial Election, giving an overview of the candidates in the race, #211:  New Jersey 2017 Ballot Questions, suggesting voting against both the library funding question and the environmental lock box question, and #214:  New Jersey 2017 Election Results, giving the general outcome in the major races for governor, state legislature, and public questions.

We recalled a lesson in legislative decision-making with #182:  Emotionalism and Science, the story of Tris in flame-retardant infant clothing, and the warning against solutions that have not been considered for their other effects.  We further discussed #200:  Confederates, connecting what the Confederacy really stood for with modern issues; and #203:  Electoral College End Run, opposing the notion of bypassing the Constitutional means of selecting a President by having States pass laws assigning their Electoral Votes to the candidate who wins the national popular vote.

2017 also saw the publication of the entirety of the third Multiverser novel, For Better or Verse, along with a dozen web log posts looking behind the writing process, which are all indexed in that table of contents page.  There were also updated character papers for major and some supporting characters in the Multiverser Novel Support Pages section, and before the year ended we began releasing the fourth novel, serialized, Spy Verses, with the first of its behind-the-writings posts, #218:  Versers Resume, with individual sections for the first twenty-one chapters.

Our Bible and Theology posts included #160:  For All In Authority, discussing praying for our leaders, and protesting against them; #165:  Saints Alive, regarding statues of saints and prayers offered to them; #168:  Praying for You, my conditional offer to pray for others, in ministry or otherwise; #173:  Hospitalization Benefits, about those who prayed for my recovery; #177:  I Am Not Second, on putting ourselves last; #178:  Alive for a Reason, that we all have purpose as long as we are alive; #187:  Sacrificing Sola Fide, response to Walter Bjorck’s suggestion that it be eliminated for Christian unity; #192:  Updating the Bible’s Gender Language, in response to reactions to the Southern Baptist Convention’s promise to do so; #208:  Halloween, responding to a Facebook question regarding the Christian response to the holiday celebrations; #215:  What Forty-One Years of Marriage Really Means, reacting to Facebook applause for our anniversary with discussion of trust and forgiveness, contracts versus covenants; and #216:  Why Are You Here?, discussing the purpose of human existence.

We gave what was really advice for writers in #161:  Pseudovulgarity, about the words we don’t say and the words we say instead.

On the subject of games, I wrote about #167:  Cybergame Timing, a suggestion for improving some of those games we play on our cell phones and Facebook pages, and a loosely related post, #188:  Downward Upgrades, the problem of ever-burgeoning programs for smart phones.  I guested at a convention, and wrote of it in #189:  An AnimeNEXT 2017 Experience, reflecting on being a guest at the convention.  I consider probabilities to be a gaming issue, and so include here #195:  Probabilities in Dishwashing, calculating a problem based on cup colors.

I have promised to do more time travel; home situations have impeded my ability to watch movies not favored by my wife, but this is anticipated to change soon.  I did offer #185:  Notes on Time Travel in The Flash, considering time remnants and time wraiths in the superhero series; #199:  Time Travel Movies that Work, a brief list of time travel movies whose temporal problems are minimal; #201:  The Grandfather Paradox Solution, answering a Facebook question about what happens if a traveler accidentally causes the undoing of his own existence; and #206:  Temporal Thoughts on Colkatay Columbus, deciding that the movie in which Christopher Columbus reaches India in the twenty-first century is not a time travel film.

I launched a new set of forums, and announced them in #197:  Launching the mark Joseph “young” Forums, officially opening the forum section of the web site.  Unfortunately I announced them four days before landing in the hospital for the first of three summer hospitalizations–of the sixty-two days comprising July and August this year, I spent thirty-one of them in one or another of three hospitals, putting a serious dent in my writing time.  I have not yet managed to refocus on those forums, for which I blame my own post-surgical life complications and those of my wife, who also spent a significant stretch of time hospitalized and in post-hospitalization rehabilitation, and in extended recovery.  Again I express my gratitude for the prayers and other support of those who brought us through these difficulties, which are hopefully nearing an end.

Which is to say, I expect to offer you more in the coming year.  The fourth novel is already being posted, and a fifth Multiverser novel is being written in collaboration with a promising young author.  There are a few time travel movies available on Netflix, which I hope to be able to analyze soon.  There are a stack of intriguing Supreme Court cases for which I am trying to await the resolutions.  Your continued support as readers–and as Patreon and PayPal.me contributors–will bring these to realization.