This is mark Joseph “young” blog entry #217, on the subject of The Sexual Harassment Scandal.

I have been, let’s say, peripherally aware of the burgeoning collection of male celebrities either accused of or confessing to inappropriate behavior toward women over the past, let’s estimate, half century.  In the back of my mind I felt like something needed to be said about this, but at the same time realized that almost anything I said would either be the same pablum everyone else is saying about these men, or would be viewed as chauvinistic villainy.  I do not think that the actions in question are in any sense “all right” or “defensible” or “excusable”.  However, I think they are understandable, and I think that our reactions are a bit over the top in many ways. 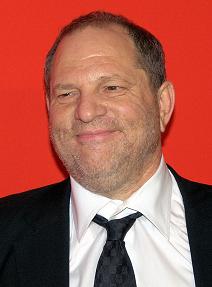 I happened upon the first episode of a very old television series, what I take to be a British spy drama from the 1960s very like similar shows of the time.  It featured a dashing hero on the order of John Steed or The Saint or James Bond, and of course one of the tropes–well, Star Trek:  Deep Space Nine fans will remember the episode Our Man Bashir, in which Doctor Julian Bashir is playing such a hero in such a story on the holodeck, and he famously uses the trope that all women will instantly fall for the hero if he smiles at them to obtain the key that gets him out of the shackles and back in action.  It was the daydream of boys and men everywhere to be that James Bond character, that dashing debonair spy whom women adore, who need say nothing more than, “Your place or mine?”

Of course, in reality no one was James Bond.  Well, maybe Sean Connery, and maybe Roger Moore, but in reality women were not falling into bed with every man who imagined himself irresistible to women.

On the other hand, it was the sixties.  It was the decade that coined the term “sexual revolution”.  I won’t say that sexual liasons of all kinds were not happening prior to that, but in the mid fifties that kind of thing was hidden, and at least disapproved by (possibly jealous) peers, while in the sixties we decided to be open about it and pretend it was normal and everyone was doing it.  I have already said that not everyone was doing it then, but a lot more people were, and at least partly because they were being told that everyone else was.  My parents–an earlier generation–were flirtatious at bridge parties and cocktail parties; it was how adults in the neighborhood interacted.  They were also completely shocked and flabbergasted when one of the men from the neighborhood ran off with one of the other women.  It was not expected; it was not done.

However, in the corridors of power–Hollywood, Washington, state capitals, New York–there was a lot more pressure to conform to the new world image, and a lot more men who thought they were irresistible, and a lot more women who believed them, feeding that egotism.

There was another layer of complication, though.  For generations there had been this dance, this untaught approach to courtship.  Women generally had to express their interest in men through body language–the right smile, the right eyes, the right posture, even the right blush and the right pupil dilation (the reason for a lot of makeup–eye shadow reduces glare on the eyes and so enhances pupil dilation, suggesting arousal)–and men had to recognize the interest and make a move.  That was still residually true in the sixties and beyond.  There is a joke in the movie Tootsie, in which the gorgeous girl Julie confides to elderly Dorothy Michaels that she just wishes the nonsense would go away and a guy would just walk up 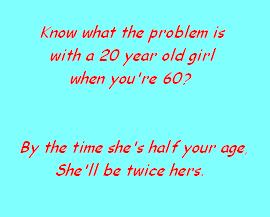 and say he found her attractive and would like to sleep with her, and then Dorothy Michaels transforms into her true self, Michael Dorsey, catches Julie at a party, and says exactly what she said she wanted the guy to say–and gets a drink in his face (or maybe slapped, it’s been a lot of years).  That was 1982, two decades after our supposed sexual revolution began, and it was still expected that a girl would keep silent about her interest and show signs by body language, and a guy would recognize the signs and make an approach.  Faint heart never won fair maiden was the old saying, so boldness was expected.

There’s another complication that gets everyone in trouble, and that is that it is not at all unusual for human bodies to want one thing while human minds want something completely different.  So you see a guy, and something inside you says, “That guy is hot.”  You answer.  You say to yourself that you’ve heard he’s a creep, he’s not your type, you’re in a relationship, this would be a very bad idea–but your body isn’t listening, it’s busy sending signals to that guy inviting him to make a move.  It is of course an unwelcome move–your mind will very quickly put him in his place, and leave him wondering how he so misread you.

Most of the men who have been accused come out of that generation.  They believe that women want to have sex with them because their positions of power and wealth have inflated their egos (not to mention having brought women out of the woodwork for whom that actually is an aphrodisiac), and they are looking for the signs.  Women, meanwhile, have learned to flirt a bit when they want something from a man–a job, a loan, a dinner invitation, a sales contract–and those smiles and friendly words are at least confusing.  So a man approaches a woman looking for something to happen, the woman inadvertently sends something that looks like a signal, the man moves in boldly, and we have a sexual Harassment claim.

And the world has changed.  I don’t know how it works now, but thankfully I’m too old and too long married to need to know any of that.  Some other system has fallen into place–but these men who grew up under the old system don’t know the new one, and they’ve been using the old one for so long and getting it wrong so often that they have a trail of sexual Harassment incidents in their wake.  What back in the sixties and seventies probably would have been written off as “that’s just the way it works” (I’m not saying it should have been, only that it was) is now completely unacceptable behavior and you should have known better despite the fact that there is no one to teach you the new rules.

A lot of what some of them did was beyond the boundaries always.  Bill Clinton certainly thought himself irresistible, but he also apparently raped a woman.  Sometimes the lines are clear; sometimes they are less so.

I’m not going to speak to any specific case, but it seems to me that a lot particularly of older men are being charged with acting in ways that were probably not thought inappropriate in the times and places in which they came of age.  We would like them to learn behavior we consider appropriate now, but to expect them to have known it retroactively over the decades is a bit much.  Probably more than half the men in the United States over the age of twelve have at some point or another acted toward a woman in a manner she considered inappropriate and harrassing.  We can’t really incarcerate all of us.