This is mark Joseph “young” blog entry #214, on the subject of New Jersey 2017 Election Results.

The results are in, and there are perhaps no surprises, only disappointments. 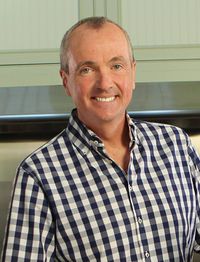 We looked at the gubernatorial candidates last week.  Our new governor is Democrat Phil Murphy, former Golman Sachs investment banker and formerly National Finance Chair of the Democratic National Committee and United States Ambassador to Germany.  His running mate, Democratic Assemblywoman Sheila Oliver, is former Assembly Speaker.  The pair handily defeated Republicans Lieutenant Governor Kim Guadagno and Mayor Carlos Rendo, with 55% (1,065,706 votes) of the nearly two million votes cast, against 42% (811,446) for the Republicans.  New Jersey’s governor serves for four years, and can serve up to two consecutive terms.  Re-elections are perhaps the norm in the state, as everyone has heard the name of the governor.

New Jersey voters almost always approve Public Questions, and did so again, with both the library bonds issue and the environmental lock box.

This increases the Democratic control of the State Senate by one seat (two votes), 25 to 15, but does not give them a “supermajority”.

In district 8, although it appears that incumbent Republican Joe Howarth has been re-elected (27,820 votes), and Republican Ryan Peters will probably replace his retiring Republican colleague Maria Rodriguez-Gregg (27,603 votes), Democratic candidates Joanne Schwartz (27,226) and Maryann Merlino (27,057) are close enough behind them that the race has not yet been officially decided.  If those results are certified, the Republicans will have 26 seats, a loss of 2 (4 votes) and less than a third of the Assembly, giving the Democrats a two-thirds supermajority in that house.

It is overall a dark day for Republicans, and a bright one for Democrats.