This is mark Joseph “young” blog entry #208, on the subject of Halloween.

An internet friend tagged me in a Facebook thread in which he had raised the question of the Christian response to Halloween.  It’s a subject we were addressing here in America at least as far back as the early 1980s when I was working at Christian contemporary radio station WNNN-FM, but my friend is in Europe, and the holiday is just making its first inroads there, so he wanted some feedback from people who had already reached a decision one way or another and had time to apply it and decide whether it worked.  I posted most of this there, but decided to tweak it a bit and repost it for a more general audience here. 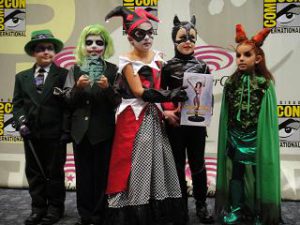 If I have my history right, a lot of the trappings of Halloween come from the Celtic celebration of Samhain, which was a sort of new year celebration.  Like the Jews, the Celts ended a day at sunset, and so the year ended the night before the morning of the new year, a celestial event halfway between the equinox and the solstice.  That night was a sort of “no man’s time” during which the dead could walk the earth–not necessarily a bad thing, and I think in some places table settings were laid for the ghosts of recently deceased relatives, although people avoided going out without some sort of protection because of the potential for malevolent spirits of the restless dead.  Protections included carrying a gourd or turnip with a candle inside and a frightening face carved through it, or wearing a costume to appear to be something frightening yourself.

The Roman Catholic Church quite sensibly recognized that you can’t deprive people of their holidays, so they attempted to co-opt them.  Samhain was replaced by All Saints Day, the celebration of the lives of all the Capital-S-Saints and particularly the martyrs who either didn’t have their own days or whose days were overlooked because, let’s face it, no one celebrates every day

(well, almost no one.  I remember as a child seeing a birthday card that said, “Happy Birthday to a Man who Only Drinks on Holidays” and then inside had three hundred sixty-six listed holidays including such gems as Birthington’s Washday and several repetitions of Bluebeard’s Wedding Anniversary.  However, it is not really possible to celebrate every day and still live an ordinary life, and if you celebrate every day in some sense it ceases to be a celebration at all.)

Since Catholicism began the day at sunrise, the night before All Saints Day became All Hallows Eve, or Hallowed Evening, or Hallowed Even’, or Hallow’e’en’, our modern Halloween.  In that sense it was always a “Christian” holiday, but like most of our Christian holidays borrowed and attempted to Christianize the practices associated with the holy days it replaced (e.g., much of our Christmas tradition comes from Yule, and even some of our popular carols use the word).

Early Reformation Christians objected to the catalogue of Capital-S-Saints, and so their objection to Halloween was that they didn’t like what the Catholics were celebrating.  Thus they chose to use the day to honor the Reformation.  Modern Lutherans still often celebrate Reformation Day, but think it was created to escape the Pagan holiday, when it was a reaction to the Roman one.

In my experience, celebrating Halloween all my life, it has always seemed to be a modern secular holiday–something like our Memorial Day or Independence Day without the national idolatry, or our Thanksgiving without the non-sectarian religious undertones.  It is a cultural celebration, not a religious one.

Someone mentioned having read something by a former Satanist priest favoring Halloween.  I don’t know who they read, but the two most popular–Mike Warnke and William Schnoebelen–have both been discredited.  They have never had any connection to Satanism or Witchcraft, and frequently confuse the two as if they were the same thing (which they are not).  Both made a lot of money by selling their sensationalist stories of fictional experiences they invented and claimed as true.  Further, modern witchcraft–Wicca–has no history prior to the nineteenth century, so any claims they make to holidays are co-opted from information preserved by Christians.

Certainly there are children who are better off being shielded from horror stories.  Frankly, there are adults for whom that is true, and I tend to avoid horror movies and television because I don’t care for that kind of frightening if there isn’t some redeeming aspect to it.  That’s definitely a “weaker brother” issue:  some people very much enjoy such stories, and even gain faith from the notion that whatever evil is in the world, God is greater.

Touching on costumes, certainly you can limit them to dressing as “good” characters (although that becomes a definition issue at times–is a soldier a “good” or “bad” character?  What about a magician?).  On the other hand, psychology has found some benefit in “being the monster” as a way of defusing our fears of the monster.  The kid who is afraid of ghosts might be less so after being one for Halloween, because suddenly the ghost on the outside is just a person on the inside, and he knows the ghost isn’t dangerous.

I figure it’s neighborly to participate in Halloween, and every year we give out canned or bottled soda and/or water (kids need something with which to wash down all the candy).  A few times we’ve printed our own “Living Water” leaflet to tape to the containers, although in recent years the costs in time and money have been challenging. Still, kids look forward to finding our house, and we have made connections with some people through this–and we’re not otherwise particularly neighborly, I think.  The time when people knew their neighbors is behind us; we’re too mobile a society for that, and we tend rather to interact with people based on common interests rather than geography.  Halloween might be the only event that preserves that neighborhood interaction.

I suspect that when Nikolaj tagged me he knew he was asking for a long answer (in my mouth, all stories are long), so I hope this helps him and anyone else reading.