This is mark Joseph “young” blog entry #188, on the subject of Downward Upgrades. 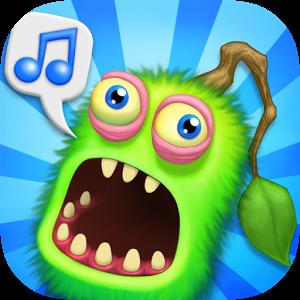 I have been playing a game on a “smart” cellular phone for the past few months–obviously not constantly, but in spare moments when I am stuck somewhere like waiting for the washer to finish or for the dog to decide to come back inside.  I’m going to name it, because this complaint is in some sense specifically their fault, although they are certainly far from unique in this.  The game is called My Singing Monsters, and it’s a sort of time-eating building game with some interesting twists, the best of which was that eventually I got to create my own songs using their tools.  I reached something around level forty-three or forty-four, which was far above anyone else I ever saw playing the game, the best of whom stopped playing around level thirty.

It’s not as if my phone is filled with junk.  I have seven “apps” (that’s short for “applications” but it means “programs”) that did not come as part of the original software–Netflix, but no saved video, Kindle with only two books at a time saved locally, a remote control for my bedroom television, my bank’s access program, a voice recorder for making quick reminder notes, a program that cleans junk off the phone and monitors its functionality, and a very small program that tells me what my phone number is when I look.  I had a couple other games, but I deleted them, and very much for the reason that I just deleted this one:  without me adding any new functions to my phone, the existing functions kept using up more and more resources. 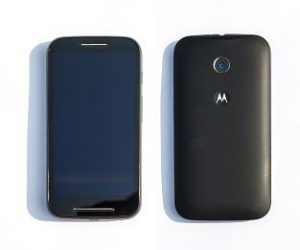 This has been a habit of the software industry for a generation (well, in software terms that’s probably twenty generations, but it’s only a few decades).  Once upon a time making a program “better” involved writing it such that it used less space, had fewer command lines, and did as much with less resources.  Now it seems that making a program “better” means bloating it with more code to provide features the user never requested–if I’m using my phone for directions and I plug it into the power supply, that cleaner program shuts down the running map program and locks the screen; it did not do that when I first installed it, but included that “feature” which I consider a “bug” in one of the upgrades (and there is no option to disable it).

Of course, the hardware manufacturers are even more supportive of this practice in connection with phones than they were with computers.  At one time when the resource demand grew too great you could upgrade the computer–install a larger hard drive, more on board RAM, faster processor, better sound or video card.  With a cell phone, you can’t even add memory–oh, you can put in an SD card, but the system is designed to prevent you from running programs from it, so you can only store media there (I have a thirty-two megabyte card hosting a dozen photographs and a lot of empty space).  Ultimately if you run out of room on the phone you either have to delete programs or you have to buy another phone.  Industry hardware executives are of course hoping ultimately you will be forced to the latter.

So I hope that the My Singing Monsters designers hear that they lost a player because they upgraded beyond his phone’s capacity, and give some thought to whether it’s really worth making the program bigger to add features no one requested, and also that the rest of the cell phone software industry might take to heart the idea that in many cases the best way to improve a program is to make it smaller, remove worthless code and features, and have it accomplish what it is essentially made to do with a much lower use of system resources.

I’m also hoping for world peace, the brotherhood of all mankind, and a perfect hot fudge peanut butter sundae.  I might get one of those.

One thought on “#188: Downward Upgrades”