This is mark Joseph “young” blog entry #184, on the subject of Remembering Adam Keller.

Some of you know who Adam Keller is (that is a link to his Facebook profile).  Indeed, some of you know him better than I, although I have known him for over a decade, having met him at Ubercon (I do not recall which number, but I’m betting on III), gamed with him online and at conventions, and exchanged visits to each other’s homes.  Still, he was much closer to my second son Kyler and our perennial houseguest John, both of whom lived in his home for a while, probably more than once.  I knew him, but never very well.  But then, I know very few people very well. 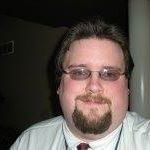 However, I was notified of this, and ultimately found it on that Facebook profile (dated April 24th, 2017, posted by someone from Adam’s own personal account):

I regret to inform all of Adam’s friends and family that he passed away last night at 11:20 pm at home.

We are looking for any family members of Adam. If you are family or have contact information for family please call….

As we make arrangements for Adam I will post them here.

Thank you very much.

Digging through threads on that page I learned that he died of pneumonia.  Co-workers say he was sick and in some pain for most of a week, but refused to go to a doctor.  Some attributed this to his fear of the high co-pay on his (Lockheed) company employee health coverage policy, and so some blamed the Affordable Care Act.  That is more than I know.  I do know that many excellent company health care plans have been eviscerated to avoid the tax penalties of that law, and there are claims that it is discouraging people from obtaining needed medical care.  If that is the case here it makes the event the more tragic, but it’s also not the point.

Adam was a gamer, and an outstanding one.  He was a champion Hackmaster player (I understand he held a national title thrice) and ran the game at conventions, in some capacity on behalf of Kenzer & Company.  It was while he was running a Hackmaster game at Ubercon that he heard me running a Multiverser game at the next table for Kyler, and became interested enough to inquire about it and test play it.  He became an avid fan, player, and supporter, coming sometimes to company meetings, trying to advise us on our hopeless financial situation, and promoting the game to his gaming friends.  He was one of the best power players I ever ran, and he has left behind a couple of characters who genuinely earned their superhero status and abilities through game play, whom I will seriously consider how to use as non-player characters in the future.  I will not forget him.

Because I am the chaplain of the Christian Gamers Guild, I am often asked whether I believe a particular departed individual is in heaven.  I try not to speculate, but I realize that it matters to people, particularly in regard to those I have at least briefly known.  The only person besides Jesus that I am completely certain will be in heaven is me, because I have that promise from God; for everyone else, there are some that it would shock me were they not there, and probably some that it would surprise me if they were, but I am not the one who makes those decisions.  Regarding Adam, I can only say that I have insufficient information.  He never talked about spiritual matters, but he was generally quiet and with me he rarely spoke about anything other than gaming.

(Just because people will ask, and some (notably Timothy and Anne Zahn) have asked, I am reasonably certain of Gary Gygax, and very sure of Dave Arneson.)

Multiverser gamer John Cross has several times said that he believes that when I created Multiverser, God revealed to me what heaven was going to be like:  that we would leap from world to world becoming involved in adventures of all kinds forever.  I deny it on every level.  God revealed nothing to me; the concept of leaping between universes was not new with us, and most of how it worked came from Ed Jones, not me; it is not the heaven which I am eagerly anticipating.  However, somehow I think if it were so, Adam would like that.

Rest in peace, friend, and whatever adventure you find beyond the grave, may God have mercy on you.