This is mark Joseph “young” blog entry #187, on the subject of Sacrificing Sola Fide. 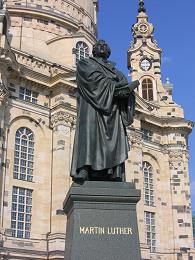 My Gordon College friend Walter Bjorck has apparently been posting a series of suggestions concerning how to create a genuinely Christian genuinely non-denominational fellowship.  He has been doing this via Facebook–which I find a particularly poor medium for that kind of thing, both because it is challenging to find all the posts in the series and because it provides a rather limited opportunity to respond and discuss.  To the former, I have no easy answer for him (try a web log, or possibly start a Facebook group?), but for the latter I have removed a piece of the discussion hither.  It happens that shortly after he posted this it was his birthday, so I was alerted to visit his page and saw this, and was prompted to respond here:

Let me mention that Walter is one of those people whose intellect impressed me.  In our collegiate days he would visit meetings of various unorthodox groups (Jehovah’s Witnesses, Christian Science) and discuss with them how their views differed from Evangelical Christianity, and why the latter was more likely true.  That he was able to do this at all impressed me; that he did it in an open and friendly non-confrontational way which created dialogue and got people listening even more so.  So as I come to his ideas here, I think it important to express my admiration of his ideas and his efforts.

I must also mention that this is the only item on the list I found, but I found part of the list (without links) and recognize that there are some other issues on it I would find problematic and might eventually address if I manage to locate his comments on them.  Overall, I think C. S. Lewis was right when he somewhere said that what divides Christians is not that we disagree about the important things but that we disagree as to what the important things are.  I have a wonderful example of this, reported to me by Presbyterian Reverend John Highberger who said that an Episcopalian priest commented to him that Episcopalians and Presbyterians would never get together because Episcopalians go forward to receive communion and Presbyterians have it delivered to them in their pews.  It sounds silly to the Presbyterian that this would be an issue, but that specific act conveys a tremendous amount about the beliefs of the two denominations:

The form of the act itself expresses the theology behind it.  In this case, Episcopalians go forward because the act of going forward matters to them; Presbyterians remain in their pews because it does not matter.  I am disinclined to believe that either represents first century practice or the origin of the ritual, but on some level that’s not the point.

There is a degree then to which Sola Fide, “Faith Alone”, matters to Protestants.  Yet the deeper question is, should it?  Should we be willing in the name of Christian unity to sacrifice this doctrine, one of the defining identifiers of Protestantism, or should we maintain it?

I think there is a problem with the Reformation doctrine of faith, but I do not think it is in this aspect of Sola Fide.  For those who do not understand it, Sola Fide means that faith is the only means of obtaining grace and thus the only way to obtain salvation, and specifically justification.  Nothing else matters but that you have faith in Christ.  If you do not have faith in Christ, nothing else will ever be sufficient to earn God’s forgiveness; if you do have faith, nothing else will ever add anything to that salvation or reduce it in any way.

For those for whom Sola Fide is not a correct doctrine, there must of course be some alternate means of justification.  Two candidates are commonly mentioned.  Walter references one, good works.  The other is technically known as “means of grace”, which we will explain in a moment.

In regard to faith and works, I am going to mention Dr. J. Edwin Orr, who visited us at Gordon College and addressed us on this subject (among quite a few others).  I will be citing some of his statements on it.  The issues are, can one obtain justification by doing good works without faith, and if one has obtained justification by faith can that be improved by works?

The first question suffers from the issue of the perfect score, the 4.0 grade average, “batting a thousand”.  To be “justified”, as in the colloquial definition “just as if I’d never sinned,” you have to be perfect.  Doing good works doesn’t earn you points because that’s the default–you lose points every time you fail to do good works.  As Dr. Orr suggests, if you think that doing good works will make up for bad ones, ask your local police chief whether it would be all right for you to murder your spouse if you build a clinic first.  To earn justification by good works you would need to be perfect every minute of your entire life–including all that time before you realized that you needed to be perfect.  That not being humanly possible, you are going to need grace, and thus presumably faith, and you are now looking for justification based on works plus faith–not much different from justification based on faith plus works, addition being commutative.

Certainly works are part of our salvation.  However, as Dr. Orr put it, we are saved by “the faith that works”, that is, faith that inspires us to act differently–and at this point maybe we should stop and identify what “faith” actually is.

One of the complications is that the New Testament has only two words for the concept we call “faith”, a noun and a verb–which would not be problem but that we recognize that there is a range of meaning in those words which we then attempt to capture by rendering the word to different English words in different contexts.  We take the one verb and make it “have faith”, or “believe”, or “trust”, or “be faithful”, all of which are valid senses of the word–but then we think that because the English words are different the meaning is different.  We do much the same with the noun.  Fundamentally the sense of the verb is to trust, and the noun then refers to that trust.  Being justified by faith means that by placing our trust in Christ we are treated as if we had never failed, never done anything wrong.

It is that aspect of complete justification that becomes the problem for any doctrine of “faith plus”.  If we say that those who add works to their faith are “more justified” than others, then we have unquestionably said that those others are “less justified”.  However, in all of Jesus’ parables about judgement, the outcome is always black and white–no one is told, I’m sorry, you can come to the party after we clean you up a bit.  Either you are completely justified and “in”, or you are not completely justified and “out”.

Arguably, in quite a few different senses some are “more saved” than others.  The penitent thief on the cross had enough time to make a confession of his own sin and his trust in Christ, and received a promise of salvation without anything else (and it is difficult to imagine that he had no ill thoughts toward those who would be watching him struggle for life and then breaking his legs so he could no longer do so).  Of some we might recognize that they went through far more trials and struggles toward a life of devotion to Christ than most of us; for others, we might recognize that they seem closer to God, more changed, more loving, than most people.  Some people clearly are able to trust God through far worse challenges than others, and so seem to have–and to need–more faith.  Grace expresses itself differently for each individual it touches.

Yet there is a sense in which that is an illusion.  If I ask whether you have faith, I must mean do you trust God completely.  That faith might be more or less tested, and all of us will fail on one point or another during life, but that trust means that we also trust He forgives our failures, and that the tests we fail were there to make us stronger.  Trusting God completely is in that sense a yes/no proposition–either you do or you don’t.  Trusting Him enough for the problems that come in life is different, but only in the sense that the problems come to teach us to trust Him completely.

What, though, of “means of grace”?  These are often called “sacraments”.  The Roman Catholic Church has at least a half dozen of these; the Baptists as a rule have none.  Lutherans have a couple, and it is more difficult to tell exactly what things are and are not sacraments in other denominations.  Baptism and that bread-and-wine ritual for which we have at least four distinct names (Mass, Eucharist, Communion, Lord’s Supper) and many times as many theologies are the two most commonly recognized.  I have never been a “means of grace” person, so I am sure to misrepresent this, but the theory seems to be that you use up the grace you were given in the past and have to replenish it, and that the performance of these rituals by authorized persons delivers more of God’s grace to you.  It is the difference between the belief that justification by faith at a specific point in your life forgives you for all the wrongs you have not yet committed and the belief that you have been forgiven for everything you have done so far but need more grace for those wrongs which you continue doing.  However, it also involves the recognition of a priesthood as a conduit of grace–you do not receive forgiveness by confessing your sins, exactly, but by being given forgiveness by God’s representative.  It again suggests that the grace of initial total justification is less than total, and needs to be supplemented if you are to have any hope of heaven.

Yet to some degree this might be less egregious than faith plus works, because it seems fundamentally to be faith plus faith.  That has not always been so, or at least, not everyone has so understood it–stories of Spanish conquerors in the New World having priests throw water at Native Americans and pronounce the ritual words so that when the Spanish armies slaughtered them they would go to heaven suggest a mechanical magical process by which the power of the ritual releases grace even on those who do not have faith, but this is still based on the theory that someone else has faith by proxy, that the faith of the one performing the ritual releases grace on the unbeliever.  So “means of grace” are fundamentally about faith, faith in God through a ritual believed to have been instituted by Him for the purpose of conferring grace on His people.  I don’t believe in the ritual delivery of grace; I do believe in grace through confession and prayer and other aspects of a personal relationship with God, though, and accept that for some people, at least, those personal aspects might include rituals which have no meaning to me.

On the issue of the relationship between faith and works, I recommend my Parable of the Boiler, elsewhere on this site.