This is mark Joseph “young” blog entry #192, on the subject of Updating the Bible’s Gender Language.

The Southern Baptist Convention, presently the largest Protestant denomination in the United States, created a bit of a stir when it announced that it would be working to update the gender language in the Bible.  Among those outside the church who post on article reaction forums, there were two general types of reactions, the one that it didn’t really matter what one did with texts that were written millennia ago by ignorant peasants and repeatedly altered since, the other that it made no sense to claim that something was a communication from God but that it could be revised by people. 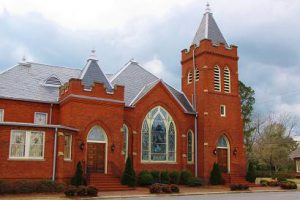 The former group might be excused their ignorance in a field in which many ridiculous notions have been promulgated as if they were true, among them this notion that the writers of the Bible were all ignorant uneducated peasants.  That status was so rare among Biblical authors that the Prophet Amos makes a point of asserting it about himself, as a difference between him and all the other prophets.  As to the New Testament writers, they were generally educated members of the middle class–a tax assessor, a son of wealthy parents, a medical doctor, the owner of a business large enough that he was able to leave it in the hands of subordinates for several years and return to find it still profitable.  Indeed, Paul was a rabbinic scholar, trained by Rabban Gamaliel I, who is one of the scholars whose teaching is included in the Talmud.  They were not ignorant peasants.  As to the alleged alterations of the text, our scientific textual critics have established the original text of the New Testament to within ninety-nine-point-nine percent using sources dating into the first century; very few “intentional” changes were ever made, and those which were were obvious and easily restored.

However, the latter group has a point, which is based on a very subtle misunderstanding of exactly what the Bible is and how we regard the Bibles we read.

The problem is that the Bible is not written in English; it’s written largely in Hebrew, Greek, and Aramaic (which is a language closely related to Hebrew commonly spoken by Jews in the New Testament age).  When we read English translations of the Bible, we are reading the best renderings of those original texts which translators thought they could produce–but it means that decisions are made regarding the best way to represent the ideas in our language.  Dr. J. Edwin Orr spoke of a man telling a story through a translator.  The speaker said, “My friend was tickled to death.”  The confused native translator told the audience, “I do not understand this myself; his friend scratched himself until he died.”  Translations can be tricky.  And on the subject of gender, four things should be noted about Greek to English translation that will illustrate the overall problem.

The first is the use of the word anthropos.  It means “man”, and it is a masculine word.  (Gender of words is also one of these four things.)  However, there is another word for man, andros, and the words are different.  Anthropos means man in the general sense, the way we use the word “man” to refer to humanity.  In many contexts it would be better to render it “person”–but there are contexts in which it is obvious that the person or persons in question are men, that is, males.  In that sense, anthropos refers equally to men and women; andros refers to men only.  But we tend to render anthropos as “man” because we don’t usually use “human” that way, and because philosophers and theologians sometimes use the English word “person” in something of a technical sense that has nothing to do with whether you’re a human. 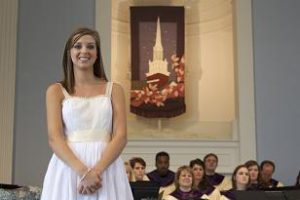 So it makes sense that we might want to revise our translations such that the word anthropos is not usually rendered “man” but something more generic like “person” or “human”, sometimes “humanity”.  That would be a revision of gender language that is attempting to produce a more accurate representation of the meaning of the original text.

There is another aspect particularly in Greek that creates great headaches for translators.  The word andros, “man”, has a counterpart, gune, “woman”.  The problem is that in common usage the words “husband” and “wife” were rarely used, the natives speaking of a couple as man and woman, with the sense of a man who belongs to a particular woman and a woman who belongs to a particular man.  Thus particularly in many places where we have the word gune, we are not certain whether it means “woman” or “wife”; it happens also sometimes with andros, but not as frequently.

We also have, as mentioned, the problem of the gender of words.  Anyone who has studied a Romance language (e.g., French, Spanish, Italian, Portuguese) knows that nouns in those languages have gender–they can be masculine, feminine, or neuter.  In Greek, the word anthropos is masculine, and thus adjectives and pronouns that are referential to that word must also be masculine, and we have the result that “man” is always “he”, even when it means “person” or indeed when it means “humanity”.  On the other hand, “church”, ekklesia, is feminine, and thus is always “she”.  In English, we tend to reserve masculine and feminine pronouns for people, and thus humanity and church are both “it” or sometimes “they”–although we make exceptions, sometimes personifying objects such as perhaps affectionately calling a boat or car “she”.  The problem sometimes arises that we are not certain whether a writer is referring to a woman or a feminine noun, a man or a masculine noun.  A masculine noun, such as soldier or guard, could be used of a female person, and in the Greek it would be proper for the pronoun to be masculine if its antecedent is the noun, feminine if it is the person.

Finally, there is the problem that Greek does not require the use of pronouns, and thus many statements lack any gender definition.  To understand this, perhaps an example left over in modern English from earlier forms might help.

In the present tense, “I say”, “you say”, “we say”, “they say”, but “he, she, or it says“.  If we see the form says, we know that it is third person singular.  We don’t really need the pronoun to know that, but we always use it.  In Greek, though, all verbs are conjugated for person and number, and because of this a Greek could have said, “says” and the hearer would extrapolate that some third person singular subject is the antecedent, the person or object who says.  That means that in many places where it says “he” does something or should or may or might do something, the “he” is an extrapolation of our Indo-european language, a word that we provide because we need a pronomial subject in English which is not present in the Greek.

This is a much more difficult issue to address, because it will not do to extrapolate in every instance where there is no subject “he, she, or it” says or does whatever the text indicates.  Nor will translating them to “she” or “it” make the text clearer.  Indeed, it is problematic, as there is very little way for the reader of an English translation to know whether that “he” is what the Greek says or what the translator extrapolated to make sense of the English.  Further, Greek is also an Indo-european language, and from Sanskrit to German to Portuguese it is the standard in such languages that where the gender of the subject is not determined by the gender of a noun, the feminine pronoun represents a female person, the neuter pronoun a non-person, and the masculine pronoun a person of either male or unspecified gender.  Thus even if the Greek says “he”, that does not necessarily mean that the author was excluding “she”.

Revising the gender language in the Bible is a challenging undertaking for these reasons and more.  It will not be done perfectly, and it certainly will not be done to everyone’s satisfaction.  Yet it is not as foolish a notion as it sounds.  In many places the specification of gender in the English translations is an artifact of translation, not a certain representation of what the original said.  Language and usage change over time; new translations are created to keep pace with the changes.  This may be one of them long overdue, but difficult to manage.