This is mark Joseph “young” blog entry #178, on the subject of Alive for a Reason.

I heard a woman on the radio recounting how she had fallen asleep at the wheel and crashed nose-first into an oncoming car.  Rescue workers had to cut her out of her vehicle.  She says, and everyone who hears her story says, God has a reason for you to be alive.  You have a purpose. 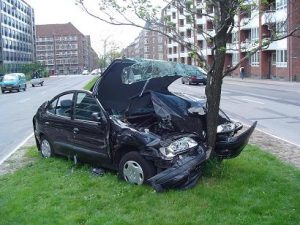 It is something we often hear in similar situations–the person rushed to the hospital who survives a heart attack or some other life-threatening condition or incident, the person who has, or nearly has, a potentially fatal accident and walks away unscathed.  It is often said of such people, by themselves and by others, that God has a purpose for them, a reason for them being alive.  “I should be dead,” they say, “but God has a reason for me to be alive.”  In fact, we hear it from people who somehow missed being at a disaster–accounts from people who were supposed to be at the World Trade Center when it was attacked, for example, have been collected in a book somewhere recounting how it just happened that they didn’t get there in time to die.  They should be dead, and many of them credit God’s intervention for the traffic jam, the sick kid, the emergency call, whatever it was that diverted or delayed them such that they were not there.

Of course, the skeptics will say that this is nonsense, that these people were simply very lucky.  We hear that all the time:  “You’re lucky to be alive.”  I think a mechanic once said that to my mother when he found that the front wheel of her car was loose and had cut through three of the five lug bolts and was working on the other two:  “You are one lucky lady.”  I was in the car at the time, so that must make me lucky, too.  However, I am inclined to credit God for these survivals; that’s not the problem I have here.

The ultimate statement of this lesson is this:  You are alive, therefore God has a reason for you being alive, a purpose for your life.

My issue is, did you really need to come within a hair’s breadth of death to learn this?  There is nothing in that truth, as stated, that requires such a harrow.  It applies to anyone who is in fact alive, regardless of how close they have ever seemed to have come to not being alive (and really, close only counts in horseshoes, hand grenades, and atomic warfare).  You were born; there was a purpose for you to be alive.  You are still alive; there is a purpose for that as well.

In Philippians 1:21ff Paul makes this point from the opposite direction.  He says that he would be happy to die and be with the Lord, but apparently they (the Philippian recipients of the letter) still need him.  Since he was still needed on earth at that time, he concluded that he was not going to die–a very real possibility given that he wrote from prison awaiting a trial that could have ended in his execution.  Yet as long as there was a reason for him to be alive, he knew he couldn’t die.  The same is true for you:  as long as you are needed, as long as God has a purpose for you being here, you will be alive; therefore, as long as you are alive, it is proof that God has a purpose for you and your life.

Years ago I shared this with the mother of two young girls who was concerned about whether she was going to survive upcoming medical procedures.  I told her what Paul had said, and admitted that this did not mean we knew she would not die.  What it meant was that God had already taken into account the needs of her daughters, and if she did die she could do so resting in the assurance that He already knew a way to care for them without her that was better than caring for them through her.  If He needed her to care for her daughters, she would not die; if she died, it was because she was no longer needed for that.

Incidentally, she has not yet died.  Apparently, God still has a reason for her to be here.

I have not yet died, either.  I tell my wife that I am required to stay here as long as she needs me here, and then I will be permitted to die.  She tells me that in that case she is going to die first, because she is never not going to need me as long as she lives.  Of course, we don’t really know that, but I did think I was going to die once, and it turned out that I was still needed, so here I am.

Does this mean we effectively have “plot immunity”, that we cannot possibly die until our time and can do nothing to live beyond that?  That’s a much more difficult question.  Did Keith Green’s plane crash because he carelessly overloaded it, or because God had decided there was no purpose to keeping him here any longer?  That, though, is an entirely different question, the question of whether we are able to thwart God’s purpose for our lives–and the answer is that millions of lost people do that every day.  Carelessness is not God’s will for your life.  God will keep you alive as long as you are needed, and that means as long as He can use you.  Your purpose might not be active–the world needs people who need help, because most of us need to learn how to be servants, and there might come a time in your life in which you are that person who is needed specifically to be the burden on those who need to learn to bear the burden.  Many lost people are alive because mercy is giving them time to be saved, but some lost people are alive because we need to learn to love the lost and serve them.

However, that is not the question with which we began.  The question is not even what your purpose in life is.  It is only whether you have one, and the answer is, as long as you are alive, God has a purpose for that.  You should not need to experience some miraculous escape from death to know this–for all you know, you may have been saved from death a thousand times simply by His intervention in ways of which you were unaware, delayed by the traffic light keeping you from the accident, tossing out the old lamp that would have caused the fire, eating at the restaurant that would have been the bomber’s target had he not taken ill that morning.  You could be dead.  You are alive.  Ergo, you have purpose.