This is mark Joseph “young” blog entry #212, on the subject of Gender Subjectivity.

I somewhat predictably got some responses challenging my thoughts in mark Joseph “young” web log entry #207:  The Gender Identity Trap.  (There were a few supportive ones as well, and they are certainly helpful also, but the challenging ones are under consideration here.)  One of them indicated–and I am paraphrasing the thought, so I hope I am correctly representing it–that I should be sensitive to the feelings of those who feel as if they are in the wrong body.  They would probably feel persecuted were I to tell them that they are wrong. 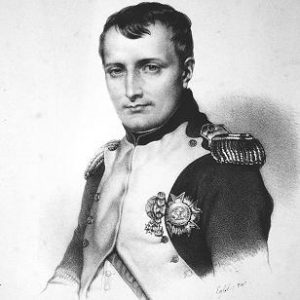 Indeed, it is important always to be sensitive to the feelings of others, as individuals.  I should, for example, be sensitive of the feelings of someone who believes himself to be, or to be the reincarnation of, Napoleon Bonaparte, or Abraham Lincoln, or Marie Antoinette.

I agree.  However, it is more the same than different.  After all, the primary difference is that most of us do not entertain the possibility that someone we meet might be the reincarnation of some famous person.  Even if we believe in reincarnation, the probability that any particular individual happens to be one of the very few historically significant persons from among the millions of ordinary commoners and peasants of any particular era is phenomenally against.  If we do not believe in reincarnation, then even that tiny fraction of possibility vanishes.  Similarly if we do not believe that it is possible for anyone to “be” the “wrong sex” for their “internal gender”, then the probability that any particular individual is so becomes zero.  A person might believe that he is trapped in the wrong body type, or that he is indeed Emperor General Bonaparte, and I should treat such an individual with the respect due any human being, but I do not need to believe that they are correct in that self-identification.

That, though, underscores another aspect of the problem which I carelessly overlooked in that previous article.  What is the basis for that self-identification?

I might taste something and declare that it has too much salt.  You, presumably, have tasted salt, and therefore you know what I mean.  Assuming you were in a position to taste the same food, you would be able to say whether you agreed with my assessment of excessive salinity.  There is a sense in which that is subjective:  you might like food that is particularly salty, or I might prefer food that is more bland.  However, there is an objective connection here:  we have both tasted salt, and so both know what salt tastes like in food.  Had either of us never tasted salt, the question, “Is this too salty?” would become meaningless.

In contrast, the person who claims to feel as if in the wrong gender body is making a subjective judgment without an objective basis.  What does it mean to say “I don’t feel like I am a man, I feel like I am a woman”?  It can only mean “I don’t feel like I imagine a man feels, I feel like I imagine a woman feels.”  If you were born a man, you have no experience being a woman.  How, then, can you possibly determine that you feel like something you have never felt?  It would be like saying that you think this food has too much saffron if you have never tasted saffron.  You’re guessing based on what someone told you.  You have no objective connection for what it is to be the opposite sex.

That means you get that notion entirely from–as observed in the previous article–cultural biases and expectations.  You say, “I do not have the feelings and interests which society tells me a person of my sex ought to have, and find that I am far better attuned to the feelings and interests which society tells me are those of the opposite sex, and therefore I am the wrong sex.”  The problem is not that you are the wrong sex for your gender.  The problem is that society is wrong in defining men and women according to its preferences and stereotypes.  “Oh, but I have always felt like I was the other sex.”  You can’t know that.  All you can know is that you’ve always felt as if society was telling you that you are not the kind of person society thinks a man (or a woman) should be, and that you think that you are more like the kind of person society has told you that a woman (or a man) should be.

What does it feel like to be a man, on the inside, or to be a woman, on the inside?  Every one of us is a combination of traits which we identify as masculine or feminine, and every one of those identifications is a societal bias.  You like to cook, which you think is a feminine trait–but many of the best cooks in the world are men.  You enjoy bow hunting, which you think is a masculine trait–but the Greeks reported the existence in their time of an entire army of female archers.  The only thing that makes any character trait masculine or feminine is the arbitrary opinion of present society.

What you really feel is that society has rejected who you really are and made you wish you were not yourself.  Many of us have felt that way.  The answer is not to try to become someone else.  The answer is to become the best you you can be, live with that self, and push back against the pressures of a society that wants you to conform to their expectations.  Be the best male nurse, the best female pile driver, and tell the world, “I break the mold.  I am comfortable with who I am, even if you aren’t.”  Don’t let the world tell you that who you really are is wrong.  It is the world that is wrong.