This is mark Joseph “young” blog entry #207, on the subject of The Gender Identity Trap.

What if it were really true,
Most girls like pink, most boys like blue?
Just what would color mean to you? 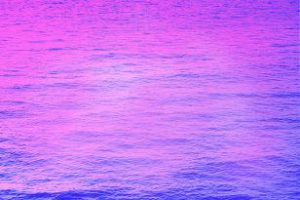 We live in a world filled with gender expectations.  Call them stereotypes if you like, but it goes deeper than that.  We have persuaded ourselves that girls, and women, have a certain inherent character that causes them to be interested in specific kinds of things, and that boys, and men, are similarly innately interested in a different set of things.

We can explore these with what we might call common sense wisdom and observation.  Boys tend to be athletic, and competitive.  We want to prove ourselves the strongest, fastest, toughest.  We communicate with our fists, and the emotions we are willing to show are all what might be called “hard” emotions–anger, jealousy, pride.  Girls, meanwhile, tend to be nurturing, interested in exploring relationships, in caring for those younger or weaker than themselves.  They are articulate creatures, talking even when no one listens, and they display the “soft” emotions–sympathy, affection, sadness.

I don’t want to argue against the scientific work that has been done in this area.  Sociobiologist E. O. Wilson and his ilk make a potent argument for an evolutionary basis for gender differences, that women favor those qualities that enable them to manage child care and foraging while the men are better suited to hunting.  One does not need to be a religious person to believe that we are male and female, and that these are different.  However, I raise two objections to this concept.

The first can be stated as that generalizations are always false (including this one).  There are many men who have never been interested in sports, who have never been physically competitive or athletic, who have abandoned physical violence as a means of conflict resolution, and who are willing to let their softer emotions show and who are nurturing and caring.  There are similarly many women who are athletic and competitive, sometimes violent, sometimes violently angry.  When we identify traits as specifically masculine or specifically feminine, we are making a generalization, drawing conclusions from what we might call the “center of the bell curve”–most men have this trait, more or less, although some have it to an extreme while others seem to be lacking it entirely.  You will find men who are not at all “manly” in the stereotypical sense, and women who similarly break the mold that defines the feminine.

The second objection, though, is that these cannot truly be used to define what it is to be male or female, a man or a woman, and for a very simple reason:  we do not really know which ones are innate, or to what degree, versus which ones are learned, and to what degree.  Some little girls easily learn to play with guns and toy soldiers, while others put the guns aside and treat the soldiers like children in a schoolroom or nursery.  Some boys have no trouble playing with dolls or appreciating cute figurines, while others are ready to turn even Precious Moments figurines into combat-ready mechas.  When we have a quality that is generally true of a group, we always find that it is not universally true of the group, and even among those for whom it is true, it is true to varying degrees.  No quality is universally true of any group, unless it is itself a mandatory definitional quality of that group.  Not all those of African descent have dark skin–there are negro albinos born in some families.

We opened this with a question of color preferences–pink or blue.  Through most of the twentieth century, blue was the color for boys and pink for girls.  We might think that inherent in gender identity, as it was so common and still is generally thought to be the preference.  However, in the late nineteenth century it was quite opposite.  Blue was considered a pacifistic color, appropriate for girls, while pink was aggressive, the right color for the nursery of a male infant to encourage his masculine aggressiveness.  The matter of the right color for girls or boys proves to be entirely cultural.  We only think it innate, because it is our culture, and we are immersed in it.

Herein lies the problem of gender identity.  We have become persuaded that it is possible, first, for someone who is really, personality-wise, one gender to be born in a body exhibiting the opposite sex.  However, our conception of what constitutes the appropriate personality for a gender is constructed entirely of generalizations and cultural notions.  A boy who does not like sports is not internally a girl, any more than a girl who does like them must be internally a boy.  Whether boys play with dolls or girls with guns is in part innate, but it is also culturally learned to some degree, and a child who exhibits culturally opposite gender preferences in play is not the opposite gender, but a unique individual with unusual interests.

When people come to believe that they are the wrong sex on the outside for their gender on the inside, it is because they have been persecuted into thinking that if they really were a person of the sex they appear to be then they would have different preferences, different abilities, different qualities than they do.  We are taught, incorrectly, to think that the generalities are the definition, and that those who do not fit into the cultural expectations are aberrant.

So be aberrant.  Buck the expectations.  Be yourself, and embrace who you are as a whole person, inside and out.  I am a man.  That I raise my children and do the cooking and a certain amount of the housework and sewing and such, and that I disdain sports and physical competition, does not make me less a man or more a woman; it makes me a unique individual.  The girl who is an Olympic track star, who is competitive at the highest level of athleticism, is not therefore less a girl, less a woman; she is a unique individual, a woman with qualities that are less common in women.  Be who you are, inside and out, and don’t let anyone persuade you that anything about you was made wrong.  No one is the wrong sex on the outside for their gender on the inside, except those who foolishly let popular culture dictate who they should be instead of simply being who they are.