This is mark Joseph “young” blog entry #182, on the subject of Emotionalism and Science.

This recounts a true story told me decades ago which it occurs to me has relevance to our present situation. 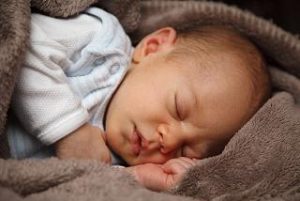 It occurs to me that at least one of my readers might remember Mr. Ernest “Ernie” Larrat, whose lifetime of involvement with the Boy Scouts of America has impacted many lives of which mine is perhaps a drop in the bucket.  You will be pleased to hear that I saw him last year, at my mother’s ninetieth birthday party, and he looked well, not much different than I remembered from the two hundred mile canoe trip for which he and I were leaders forty years previously (although I doubt either of us could make that Bicentenial Delaware River trek today), and was still involved in the Ramapo Council.  He also had a day job, somewhere in the chemical industry, from which he recounted this story.

It takes place in the late nineteen-sixties.  An issue had been raised concerning children’s pajamas.  Someone had realized that clothing made of natural fibers such as cotton and wool burned, and so did clothing made of modern synthetics such as polyester.  Infants and toddlers dressed in such clothing who were caught in house fires were frequently burned alive when their clothing caught fire, and sometimes fires started when such clothing came in contact with high heat sources such as candle flames.  Somehow the concern reached the ears of our elected officials, and they held a Congressional hearing on the matter.

The first presenters at this hearing were connected to Ralph Nader’s group of consumer advocates.  I do not intend to denigrate them; they have done much good over the decades.  They presented the problem, with graphic images and details of children burned alive by pajamas catching fire.  It was a horrid thought, a very moving and emotionally gripping presentation.  By the time the presentation was completed, our lawmakers were ready to take action–so ready, in fact, that they ended the hearings immediately and drafted and passed legislation requiring that all child and infant sleepwear be treated with flame-retardant chemicals so as not to ignite when exposed to flame.

They never heard any presentations from the chemical industry or the garment manufacturers.  After all, what could they possibly have to say, other than suggesting that the costs of such treatment would reduce their profits?  It was clear that something had to be done, and Congress was going to do it.

What the chemical industry was prepared to explain, had anyone cared to listen, was that there was only one known chemical that could be used to make such cloth permanently flame retardant.  It was known as Tris(2,3-dibromopropyl) phosphate, or just Tris for short.  (There is another chemical, Tris(2-chloroethyl) phosphate, more recently used as a flame retardant, more commonly known as TCEP.)  It had not been used in children’s garments, though, because of other properties.  It was known that when exposed to elevated temperatures not high enough to cause ignition of common fabrics, Tris would begin to break down and release a noxious gas rapidly and painfully fatal if inhaled.  I don’t know, but I suspect that this is at least part of why it was flame retardant:  as it heated, it robbed the fire of oxygen, preventing ignition.

However, its use was at the time the only way to comply with the law, so the chemical industry began providing large quantities of Tris to be used by the garment industry in the manufacture of children’s clothing.  Now fewer children were burned alive, because many more were killed by the gas released by treated clothing heated by the fire long before the clothing itself would have ignited without such treatment.

Over a very brief period of years, it was also determined that the chemical was a carcinogen when absorbed through the skin.  In 1977 the Consumer Product Safety Commission banned its use in children’s clothing, and clothes went back to being untreated cloth for lack of an alternative.

The lesson to be learned is that it is important in addressing a problem to research the potential consequences of any proposed solution.  Congressmen who voted in favor of flame-retardant treatment of children’s clothing knew they were addressing a serious problem.  They did not know that they were creating a more serious problem.  Within the narrow confines of the problem, indeed mandating flame-retardant chemicals in children’s clothing seems the ideal solution–but it is magical thinking, it is believing that direct solutions to problems do not have effects that might cause other problems.

And that is what is happening in the climate change hysteria today.

No one doubts that there are environmental problems that must continue to be addressed.  No one wants to undo the progress that has been made since the nineteen sixties.  Those of us who have lived so long can attest that conditions are better now than then, and that much more is being done to protect the environment now than then.  However, environmental extremists are drawing pictures of burned babies to provoke an emotional reaction and induce us to take extreme measures to protect the environment before this happens–and in this case, they are theoretical pictures, descriptions of what might happen if current trends go unchecked.  We have no burned babies, no real cases of environmental disaster causing or caused by climate change.  We have educated guesses–educated guesses on which many scientists disagreed until they were pressured by threats of funding cuts or ostracization or banishment from publication venues, to bring them into the fold.  We are supposed to react to these images by taking immediate action to protect the metaphoric babies, passing the legislation that metaphorically protects them by treating their clothing with a carcinogenic poisonous chemical that prevents ignition.

We should not move so quickly on this.  We should attend to the fact that every action has consequences, and extreme and hasty actions usually have severe consequences.  There are many problems that have nothing to do with the environment, and indeed even our supposed efforts to repair the environment may have unanticipated environmental consequences.

This has all been said before.  It was not so long ago that I wrote #175:  Climage Change Skepticism, and only about a year ago that I wrote #80:  Environmental Blackmail.  Before that, though, I gave you #10:  The Unimportance of Facts, suggesting that to many in the political world the truth does not matter, only the victory.  Let’s try to get back to learning the truth, instead of trying to use scare tactics to get our preferred outcomes.