This is mark Joseph “young” blog entry #332, on the subject of The Wish of Scott Wesley Brown. 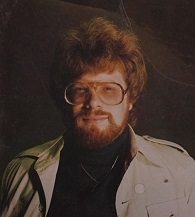 I’m not sure how important Scott Wesley Brown was in the history of Contemporary Christian Music, but he seemed important to us at the time, probably for what were somewhat personal reasons.

His album I’m Not Religious, I Just Love the Lord–his third, according to sources–was already at the radio station when I got there, but for various reasons the only song I ever played from it was his cover of House at Pooh Corner written by (or possibly co-written with?) Kenny Loggins and previously released by The Nitty Gritty Dirt Band.  We also received his album One Step Closer, from which I remember nothing clearly.

However, at some point during my tenure he was live, solo with a piano, at a local church concert hall, and I took the opportunity to interview him.

As far as I recall, he was the only musician of whom I ever asked whether it was easier or harder to get into Christian music professionally then (the early eighties) than it had been a decade before.  His answer was indeterminate.  After all, he observed, at that time there were probably at least a dozen contemporary Christian labels and a host of supportive radio stations (ours had gone from being on a list of the top twelve to a list of the top fifty, an indicator of how much the field had grown in perhaps half a decade), but there were a lot more people seeking success in the industry. 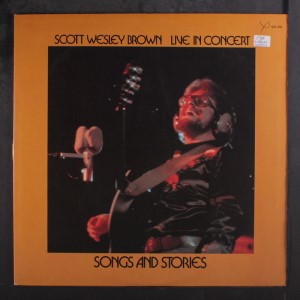 I also asked him about one particular song, one of the great forgotten songs of the era, and he told me a story.  It seems that after a concert a nun came up to him.  I don’t recall whether he told me what she wanted, but as she was departing she said to him, “I wish you Jesus.”  He really liked the statement, thought it the best thing one could wish someone, and he wrote the song I Wish You Jesus, performing it on his live album Songs and Stories.

The backup band for that concert was Glad, whom we have mentioned before in connection with Found Free and to whom we will return.  There is a studio version, but I’ve always preferred the live one.

Every night, when we were not a twenty-four hour station, that song played as we ended our day, the FCC-required information spoken over the instrumental sections.  It was probably more our signature song than the Johnny Fisher song which I mentioned last time opened our broadcast every morning.  Our listeners loved it, and missed it when management made us replace it with a spoken only closing.

A quick check shows that Brown ultimately released twenty-five albums, and his songs were covered by everyone from Amy Grant to Placido Domingo.  His last reported release was in 2003, but his official website indicates that he is still available for ministry appearances.