This is mark Joseph “young” blog entry #283, on the subject of Keith Green Crashing.

As we already covered (in web log post #281:  Keith Green Launching, linked below), Keith Green had two excellent and successful Christian albums without a weak song on them.  Now he produced So You Wanna Go Back to Egypt, of which the somewhat goofy title song was an instant hit.  There were several other excellent songs on this album as well, such as Pledge My Head to Heaven, Oh Lord, You’re Beautiful, and Grace By Which I Stand.  However, whether it was because they weren’t quite as good or because by the early eighties the Christian music field was starting to get more crowded, it was not the music on this album that made it significant. 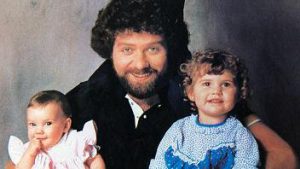 When Keith delivered the masters to his company Sparrow Records, he told them he did not want them to sell it–he wanted it to be given away, to anyone who requested it, for whatever they chose to give, even if it was nothing at all.  He thought it more important to get the music into the ears of people than to worry about paying bills, and was confident that the contributions would cover all the costs of the record.

Sparrow didn’t see it quite the same way.  They were certain that donations would cover the costs of Keith’s record, but that’s not how the music industry worked, even in the Christian field.  The problem wasn’t whether those donations would cover the costs of distributing Keith’s record but whether there would be what we would call profits–a dirty word for some, but an essential facet of the way the system worked.  You see, when Keith made his first album, Sparrow Records took a chance, advancing a considerable sum of money to pay for professional level production of an album by an unknown artist which might be completely lost.  Sparrow was still in the business of finding and funding new artists, paid for from the profits from the established artists, and a new album from Keith Green was a guaranteed best seller which would provide a lot of money for that purpose.  Keith was taking that away from them, on the grounds that he thought he should be able to give away his record free if he paid them the cost of producing it.

A compromise was reached.  In the United States, Egypt was released by Pretty Good Records; Sparrow handed the standard distribution channels–record stores, radio promotion–and all overseas releases.  Keith and and his wife Melody set up an organization to mail copies to anyone who wrote to them requesting one, putting the donations toward costs and future recordings.  In a sense, he had cut himself off from helping any other Christian artists; in another sense, he had focused his ministry on reaching the listeners.

Two years later he released Songs for the Shepherd, which was a good but not remarkable recording, again through Pretty Good Records with Sparrow’s assistance.  Several other Keith Green albums would be released in the years to come, but this was the last one he would see.  That year, 1982, he had visitors at the ranch where they ran everything, and wanting to show them all they were doing he took them up in his private airplane.  The plane was already heavily loaded with records and literature that went to concerts with him, and the number of passengers exceeded recommendations, and it crashed killing all on board.  Melody was not on that plane.

Many in the Christian music world were upset; many said that apparently God had decided to take Keith home.  That was not the unanimous opinion.  At least one Evangelical author at the time wrote to say that Keith died because he broke God’s law–in this case, God’s Laws of Aerodynamics, trying to fly a plane that was overloaded.  If, he argued, you violate the laws of God, the end is death, and sometimes it comes swiftly, as it did here.  This is on some level a bit ironic, because Keith often veered toward legalism–his The Sheep and the Goats misses the point of that parable, and Glen Kaiser (of Resurrection Band) informs me that more than once others in ministry felt it necessary to admonish him on that point.

I cannot begin to guess who is right.  I know Keith has been missed since, and that he would have continued as a popular and successful artist, but it seems likely that, as with quite a few of those we have already covered and will cover yet who were huge then but are barely recognized now, he was probably past the zenith of his career and on the slow decline.  Those first two albums are still among the best Christian music has ever produced, and it is doubtful that even he could have surpassed them.