This is mark Joseph “young” blog entry #286, on the subject of Blind Seer Ken Medema.

I had heard of Ken Medema, and even heard one or two of his recordings.  He was the Christian version of the blind piano player singer-songwriter, and was a dynamic performer by all accounts.  It was said that when you spoke with him personally, his sense of space was so good that he appeared to be looking directly at your eyes. 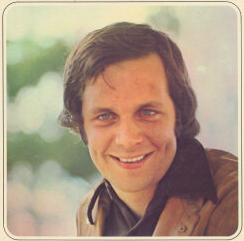 When his best of collection, Ken Medema’s Finest…Lookin’ Back, reached us at the radio station around 1980, I recognized at least two of the songs.  One, which closes the collection, was the title song of his debut album, Sonshiny Day (yes, there is a pun in the spelling).  It was what we would have called Contemporary MOR–a technical term in the industry for “Middle of the Road”, the stuff of adult contemporary radio stations and inspirational radio in Christian circles.  It was strongly jazz influenced, but without being Jazz, and his piano playing was always as good as anyone.

The other familiar song is probably his signature piece, the one known by most people who have ever heard anything by him, although it is almost more a dramatic performance than a song.  I’ve seen someone do interpretive dance to Moses, and although I don’t think I could ever do the entire song, I find myself singing fragments of it from time to time.  It is one of those songs you really should hear at least once in your life.

We later received a quiet relaxing solo album, mostly just Ken, his voice and his piano, entitled Sunday Afternoon.  I found a discography for it on his own site, but nowhere else, and I find no videos of the songs I remember–particularly the title song which opens and closes the album (“I know the feeling will not last, ’cause Monday’s comin’ soon, and How can I hang on after Sunday’s gone, how can I hang on to Sunday afternoon?”), and the dynamic On Jordan’s Stormy Banks (“…I stand and cast a mournful eye to Canaan’s fair and distant land where I shall never die.”)  It is a wonderfully relaxing recording throughout.  It ranks among my favorite quiet albums.

Born December 7, 1943, he is reportedly still here and still performing.