This is mark Joseph “young” blog entry #288, on the subject of Prophets Daniel Amos.

When I arrived at the radio station and first encountered the self-titled 1976 debut album from Daniel Amos, my reaction was, why have I never heard of these guys? 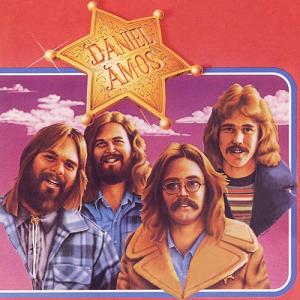 Not that they were the top of my list of favorites then.  They were the sort of southern country rock typified by The Eagles, and I have always joked that The Eagles were a country band (because they rank among my wife’s favorite rock bands, and she declares vehemently that she hates country music).

On review, I remember The Bible.  However, the song that sticks with me, the one that decades later I still sing sometimes when I’m driving in the car, is the nineteen-forties jazz-styled novelty Skeptic’s Song.

I never heard the follow-up Shotgun Angel, but they moved away from the southern fried rock sound with Horrendous Disk, an album I think I never heard because the program director decided it was too extreme for our format at the time.  I do remember seeing it, but that isn’t much help.

I’m not sure whether they were influenced by Mark Heard (we’ll get to him eventually) or whether they were reaching the same conclusions independently, but their next album was something called ¡Alarma!, volume one of three in The ¡Alarma! Chronicles.  The songs were Alternative Rock and New Wave, the target audience the secular listeners of Europe.  It was set up as something of a rock opera type album, and its liner notes went for enough pages almost to qualify as a novella, telling the first part of a story which had me lost and confused.  I more vaguely remember the second volume, Doppelganger, and am sure I was out of the station before Vox Humana was released.

I’m guessing that it must have worked somewhere, because they not only managed to release all three volumes (albeit on three different labels), they continued releasing albums in spits and spurts up through last year’s Ten Biggies From Beyond.  I was impressed by the quality and direction of their work, even though very little of it actually appealed to me.