This is mark Joseph “young” blog entry #240, on the subject of Should Have Been a Friend of Paul Clark.

One of the problems with writing a series of reminiscences like this is realizing how much of that time I have forgotten; another problem is recognizing how much of what was happening I missed.  Paul Clark falls into both of those categories.

This is the fifth entry in a series of reminiscences about what might be considered the early days of Christian contemporary and rock music; previous entries are listed and linked at the end of this article.  My credentials are presented in the first article of this series, the Larry Norman article.  Song title links are to YouTube videos; no representation is made as to whether they are legal copies. 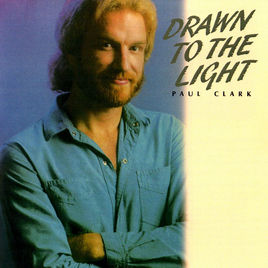 Looking over his discography, I recognize that five albums of his were released during the time I was at the radio station, but I only recognize the album covers of three; the third of those, Minstrel’s Voyage, was a best-of that was released during a long stretch in which he was not recording, and I recognize tracks from that.  Although the cover of Drawn to the Light is immediately recognizable, the only thing I recognize looking at the track list is that there was this weird three-song piece late on the second side; none of the titles recall any music for me.

Clark, though, predates my involvement.  His debut album Songs from the Savior Volume 1 was recorded in 1971 or 72, depending on whom you ask, followed shortly thereafter by Volume 2 of the same.&nbsp I eventually had access to a copy of the collaborative effort Good to Be Home which is listed as by Paul Clark and Friends and doesn’t show on his regular discography.  I remember being impressed by the collection, which featured guitar work from Phil Keaggy, bass and drums from Love Song alumni Jay Truax and John Mehler, and keyboards from Bill Speer.  However, until I heard it again I didn’t recall a single track from the disk.  Listening to it, I recall much, and the title Which One Are You? (second on the disk) strikes me as the one which got the most airplay on our station, although the final track, Abide.  It also features a great deal of nostalgically characteristic Phil Keaggy guitar work.

However, I got to hear Clark live once.  I suspect it was a promotional tour for Drawn to the Light, but I do not recall interviewing him or even meeting him at the show.  However, I remember one part of that show quite clearly.  Clark was alone on stage with an acoustic guitar, and he paused to explain that he did not do requests.  He explained that at this point he had recorded so many albums that he couldn’t keep all the songs performance ready, and just focused on those he planned to play.  He then told of playing a concert with a full band, and as they finished the first song someone near the front yelled, “Hand to the Plow!” (a funky rock piece after the quiet introduction), which is probably Clark’s single most famous piece, or at least the one I’ve most heard mentioned in connection with him.  Clark ignored the voice and played his second song, only to have the fan shout the title again at the end.  When this happened again after the third song, Clark called the fan to the stage.  “What’s your name?” he asked.  “Bob,” came the reply.  “Well, everyone, Bob is now going to sing Hand to the Plow,” and giving him a mike he started the band on the song, and Bob successfully muddled through the piece (“Not too bad, actually.”)  He told that story to discourage us from making requests.

He is generally acknowledged to be one of the original Christian contemporary/rock musicians; I only wish I knew him better.

(In my research for this article I stumbled on a two hour concert, pirated audio from somewhere in the audience, of Paul Clark and Phil Keaggy.)

One thought on “#240: Should Have Been a Friend of Paul Clark”