This is mark Joseph “young” blog entry #299, on the subject of Praise for Dallas Holm.

It must have been 1977; it can’t have been later than 1978.  Jeff Zurheide and I met with a young singer interested in forming a band, who was absolutely focused on doing music from Dallas Holm.  He did a passable job on Holm’s signature song, Rise Again released on the 1977 album Dallas Holm and Praise Live, which had become a major Christian hit.  We might have met with the guy twice. 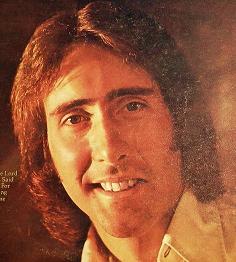 Almost a decade and at least half a dozen albums later that was still the song people wanted to hear from Dallas Holm.  It came from the first certified gold Christian contemporary music album, was recorded by him and many other artists over the years, and the only negative thing that can be said about it is that it overshadowed the rest of his career.  Even I, who heard quite a few of those albums and aired many of those songs, can only remember one other, itself a powerful if slightly country song that is mostly forgotten, (He Died of) A Broken Heart, and I barely remember that one myself, and I recall even less well Jesus I’m an Open Book, in the same stylistic vein.

This happens to Christian artists quite frequently.  Despite his long career both with and after Love Song, Chuck Girard was mostly remembered for Sometimes Alleluia.  Still ahead in this series we’ll see other artists who are remembered for one song despite long careers with many hits–Don Francisco, Evie Tornquist Carlsen, Karen Lafferty, Kathy Troccoli, Randy Matthews, Scott Wesley Brown, David Meece, Wayne Watson, Dan Peek, and if I thought long enough I might remember more.  Listeners latch onto a song and that’s the one they want to hear, and so the stations play what the listeners request, and the new songs never have a chance against the old ones.  Rise Again so dominated Dallas Holm’s career that it is doubtful whether anyone other than diehard fans and music industry people could name another song of his that charted.

Still, to have produced one great song that is still remembered is a noteworthy accomplishment, and if you have not heard that song, you are the poorer for it.