This is mark Joseph “young” blog entry #329, on the subject of CCM Guys at the Beginning.

Last time we covered the ladies of the eighties, a conglomerate article to help us get through everyone I think ought to be mentioned.  This time we’re doing the same with some of the guys.  This is a very broad shot here.  Some of these gentlemen had virtually faded into obscurity by the time I reached the radio station, others were barely on the scene when I left it.  Undoubtedly some of these people have a much bigger place in contemporary Christian music than would appear from my coverage of them; they simply weren’t that significant during the years when I was immersed in the industry. 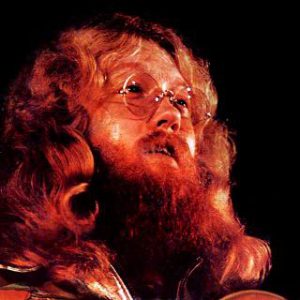 I am starting with Randy Matthews, because he was someone known to me for one song long before I reached the radio station, from whom I never heard anything else.  Yet his Didn’t He, released in 1973, was a classic in Christian rock music maybe before there were contemporary Christian radio stations.

For years I knew of Randy Stonehill only as one of the early Christian musicians connected to Larry Norman.  I still don’t know any of his early work.  However, when I was at the station we received his album The Sky is Falling, and for some reason we focused on the rather goofy song Bad Fruit as the song to play.  I remember nothing else from his career.

Richie Furay was a very successful secular rock musician before he started doing Christian material, having been a founding member of both Buffalo Springfield and Poco.  I remember his Myrrh releases I’ve Got a Reason and Seasons of Change, but not well enough to recognize any of the titles on them; I find very few in video form, and none that I remember.

Darrell Mansfield also appears here as a name I remember without any other information.  He released several records with his self-named band, and was in the band Gentle Faith.  I’m not sure we ever had any of his work at the station.

We did have a couple albums from Denny Correll—Standin’ In the Light, How Will They Know, and Something I Believe In.  His bluesrock sound is captured in this song, the last cut on the last of those albums, Changin’ My Heart.

Mylon LeFevre was born into one of those Southern Gospel family bands, and sang with them.  His first song was picked up by Elvis, and then by many others, making him wealthy overnight; he sang with other bands, but in the sixties was attempting to launch something in the vein of Christian contemporary/rock music, for which there was not yet a market despite the rising Jesus movement.  He became involved in drugs which nearly killed him, and then returned to a clean life, and in 1982 released the first album with his new band, Broken Heart, entitled A Brand New Start.  I was unable to find any recognized cuts from this online, but the band continued producing albums through 1990.

I encountered them on stage at Creation ’82, where I was working stage crew and reporting for the radio station.  In setting up the band had placed a small amplifier behind LeFevre for his electric guitar; there were two other guitarists in the band who were working with the sound crew.  The head of the sound crew asked about plugging LeFevre’s guitar directly into the main system, which the guitarist declined, and then the suggestion was made that the amp could be miked, again declined with the explanation that LeFevre’s drug use had seriously damaged his ability to play, and the guitar was really more of a prop so he would have something in his hands while he sang.  Still, the band was impressive, and he could still sing.

Every morning during the times when we weren’t twenty-four hours our radio station came on the air with Johnny Fisher, and his All Day Song from his 1974 release Still Life, reportedly his third album but his first on a recognized label (Light).  I remember the release of his 1982 Dark Horse album on Myrrh, which I remember was good, but can’t find any cuts from it online; in a drawer somewhere I have a promotional T-shirt from that album which no longer fits.  I might have the album itself on vinyl somewhere, but I’m afraid I don’t have a good catalog of my record collection.

Carman first reached us with his self-titled Priority Records release in 1982.  It had a neo-rock-‘n’-roll sound reminscent of Elvis, of which Some-O-Dat was the memorable cut.  Then sometime within the next year we received a promotional single of a live version of a really clever and rapidly popular song, Sunday’s On the Way.  Not long after an album was released with that title, but the studio version of the title song lacked the life and excitement of the live single, which does not appear to be available anywhere.  The link here is to a similar live performance worth hearing.  I put this down as the best song Carman ever did, although I don’t know most of his career for which there is an album release as late as 2014.

Jazz fusion guitarist James Vincent had released four albums through secular labels before Sparrow Records delivered his 1980 disk Enter In to us.  The title song typified the style, and several other songs from the album are available in online videos.

According to his discography, Tim Sheppard had a couple albums out in the 70s before the release of 1979’s Songtailor, and a couple more in the 80s plus some appearances with other artists in collections, and then one more release in 2017.  I only ever heard Songtailer, and I only remember one song from it–but I remember it, one of the great songs that I still sing in the car decades later, The Fiddler.

Joe English made his name as the drummer for Paul McCartney’s Wings, but in 1980 he released the first of five Christian solo albums (with many often well-known supporting artists), Lights In the World.  I vaguely remember songs like Get Ready, and that for the time the production values were impressive.

I have the impression that Bob Ayala was very popular in other places.  I remember the album cover from Joy By Surprise, which had very strong Narnia imagery.  I was also impressed by the more subtle Narnia imagery of the next album, Wood Between the Worlds.  Unfortunately, I recognize none of the song titles.

Wayne Watson also goes down as someone popular elsewhere, but was one of those “just another solo act” guys for us.  However, his cover of Touch of the Master’s Hand still brings tears to my eyes when I try to sing it, and his later New Lives for Old, while not as memorable, was still good.

I’m not quite old enough to remember Dion and the Belmonts, but I do remember his 1961 rock-‘n’-roll solo hit Runaround Sue.  Dion DiMucci had a long and reasonably successful secular career, and then in 1980 hit the Christian contemporary field with the Dayspring release Inside Job.  I am embarrassed to say that I don’t remember any of the song titles from that or the next two albums, both of which were sent to the radio station while I was there, because I not only played cuts from them, I attended a small concert at a local church and had a chat with him afterwards, which I only remember as something we did (my wife with me at the time).  I do remember that he was good, talented and worth hearing.  He has continued to release albums nearly to the present, of which I of course know nothing.

What I remember about Michael W. Smith is that from the beginning with The Michael W. Smith Project in 1983 my mind connected him to Amy Grant.  I can’t even tell you why.  I can tell you that he is still around, and I hear him on the local Christian stations from time to time with new material.  The track lists from his early albums ring no bells.

I’m sure there were a lot of other male vocalists at the time; these are the ones that came to mind for whom I didn’t think I could do a whole article, but I’ve got more on the list ahead.