This is mark Joseph “young” blog entry #302, on the subject of Might Be Truth and the Cleverly-named Re’Generation.

When I was in college I heard a rumor about a band–I’m not sure you could characterize it quite that way, though.  I heard that there were these guys, one of whom traveled around the country listening to high school musicians and collecting a group of the best, the other then taking them, managing them as a band, taking them on tour, and finally producing an album.  Then after a year on the road they disbanded, presumably continued their educations, and the new crop of high school graduates took the stage.

I think that band was called Truth. 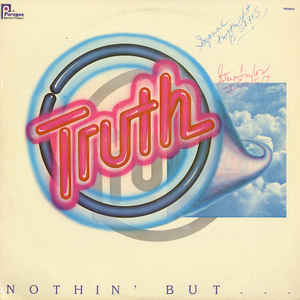 I have a couple reasons for thinking this.  In about 1974 I was given a pirated copy of several albums and a few extra songs which included an album by a band called Truth.  (Others were the debut albums from Love Song and Malcolm and Alwyn, and a live cut from Larry Norman.  I’m pretty sure that part of the point Jeff had in giving me the tape was to demonstrate that a brass section did not make a band better–I liked brass in my work.)  I remember very little of that album, but it was probably We Want to Love, We Want to Shine, because I specifically remember their versions of He Ain’t Heavy, He’s My Brother and One Solitary Life (neither of which I can find online as videos).  Then I remember encountering a band called Truth at the radio station, a sort of MOR (that stands for Middle Of the Road, and is a technical term in the music industry) Contemporary vocal group with a bit of brass, but with entirely different vocalists from the album I knew.

I also heard a story, that every year Truth was a new band, until one year when they came to the end of the tour and made the record they looked at each other and said, why would we want to do something else?  So the band Truth stabilized into that group.  (I have no idea what happened to those poor high school graduates who had anticipated being part of a touring Christian band, but I got the story so poly-handed that it could be completely wrong.) 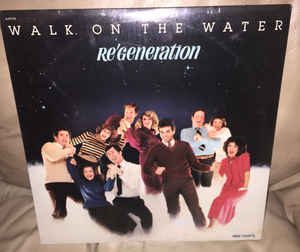 What I don’t remember, really, is any single song or album that they recorded during my time at the station other than that logo in the picture of that album cover.  I can tell you, though, that they did well-produced covers of popular Christian hits, toning down some of the rockier ones and spicing up some of the calmer ones to get a sound that could be played by most radio stations.  Unfortunately, it was apparently an easily forgotten sound.

I’m pairing them in this article with a band called Re’Generation, because what I remember about them is that they were very similar in sound to Truth.  The only other thing I remember about them is that Found Free teased about their sound in their song Individually Wrapped (“Should we change our style and sing just like Regen–?/Oh, one of us hot-dogs would surely wreck the blend.”).  Seriously, even looking over their online discography, I see no familiar album covers and no familiar titles beyond that they are mostly covers of songs known from elsewhere.  They produced twenty-some albums over a decade, and were as I recall good at what they did, but nothing from them is remembered as remarkable.

One thought on “#302: Might Be Truth and the Cleverly-Named Re’Generation”