This is mark Joseph “young” blog entry #446, on the subject of The Religious Freedom Abortion Argument.

It happens that I have twice heard this argument raised, some forty years apart, by Jewish women.  I do not know whether it is exclusive to them, but that will to some degree influence my treatment here.  The argument appears to be that Jewish law gives women the right to abort unwanted children, and therefore any national law forbidding that is an impingement on freedom of religious practice. 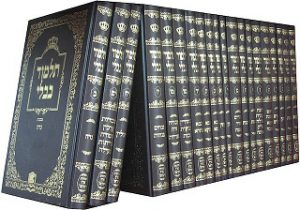 I had trouble believing that Jewish women had an affirmative obligation to abort a child under any circumstance, but I am no Talmudic scholar–so I consulted those who were.  Rabbi David M. Feldman’s article Abortion:  The Jewish View (here in PDF) has been adopted as a majority opinion of The Committee on Jewish Law and Standards of the Rabbinical Assembly, sixteen to none with one abstention; it thus represents the interpretation of the Talmud from the perspective of Conservative Judaism, although it is not binding.

It may be worthwhile to acquaint the non-Jewish reader with a few concepts in connection with modern Judaism.

This hopefully establishes why I consider Conservative Talmudic scholarship the best representation of modern Judaism.

There are a few critical points in the article.

At no point in Talmudic Law is a woman given the right, let alone the obligation, to abort an unborn child.

However, as mentioned, Reformed Judaism is a lot looser in its interpretations.  It is certainly within the realm of plausiblity that a Reformed Rabbi might believe and teach that a woman has the divinely-given right to abort a child she does not wish to carry to term.  That certainly does not have roots in traditional Judaism from ancient times, but if someone believes it, that makes it their religion, and they do under the Constitution have the right to believe whatever they choose.  Does that give us a religious argument?

Classical Islamic Law, as expressed in Shari’ah, requires that apostates be put to death.  This is done not so much as a punishment for abandoning Islam but as a protection of the community from the errors of the apostate.  Although the practice is rare in the modern world, there are still countries in which apostacy is punishable by death.  Similarly, many Muslims believe that killing an infidel–someone who does not believe in Islam–is a free ticket to paradise.  This is a religious view in a centuries-old religion.  However, killing people for unbelief in a particular religion is against the law in these United States, and in the majority of countries around the world.  If you murder your sister, the claim that she abandoned Islam for another faith is not a valid defense.

Yet it is a claim of religious liberty:  my religion says that I should kill someone who does this, so by killing them I am exercising the requirements of my relgion.

It should be clear that the fact that a religion requires certain conduct does not always stand as an excuse for the performance of that conduct–you cannot kill people for abandoning Islam despite the fact that your religion says you must.

The question of whether an unborn child is or is not a person is clearly a religious one; at the same time, it is one that the law has the right to decide.  We have decided that negroes are human beings and have the rights of human beings–something relatively new in the European-American world.  If the law decides that someone is a person, a religious belief to the contrary does not justify, legally, treating him as not a person.  In the same way, if the law were to say that abortion is not legal, a relgious belief that it should be does not justify it.

Further, the claim cannot be made that women have a religious obligation to get abortions.  It can be claimed only (and as we have seen on dubious grounds) that they have the freedom under their beliefs to do so, and that doctors are obligated to perform them at least in life-threatening situations (which in the modern world would ordinarily be addressed by a Caesarean section).  There are many things that are permitted but not required by many religions that are forbidden in our country or other countries, and the accommodation in such cases is that we limit our conduct to that which is permissible, opposing the law only when it is in conflict with that which is required, and, as in all cases of civil disobedience, accepting that we will receive the appropriate punishment for breaking the law.

Thus the claim of religious freedom as a basis for abortion appears to me to fail twice, first because there is no religion that requires practitioners to get abortions, and second because the law is permitted to decide whether or not a particular group is a protected class and thus can protect the unborn if it so chooses.

That makes it an issue to be determined by the democratic process.

This is mark Joseph “young” blog entry #445, on the subject of The Song “How Many Times”.

I can explain why this song was not on the original “short list” for the Extreme Tour demo:  I wrote it in high school, and I feel like it shows the marks of an immature believer.  Yet I might judge it too harshly for that. 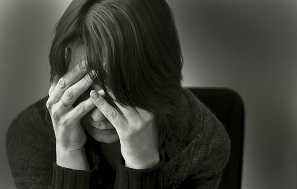 After all, my youngest son Adam (who co-wrote Even You, featured a few months back) likes it a lot, was learning to play the piano part for it.  I could discount that, because I think he likes angsty songs–but he says that “people” like it.  It also has a long history that commends it.

It is probably the song that put my music on the map.  The Last Psalm had been playing very small venues when we were invited to perform at the Luther College Coffeehouse Night, an invitational gathering of the heads of coffeehouses throughout the northeastern New Jersey area early in 1974.  I had Peggy (Lisbona, also contralto vocals) sit at the piano, while I joined Ruthann (Mekita, soprano), Ann (Hughs, alto), and Jeff (Zurheide, baritone, also lead guitar) in a stairwell adjacent to the dais.  The four of us sang the first verse and chorus of the hymn Softly and Tenderly in four parts a capella, and as we finished Peggy started playing the introduction to this song on the piano.  I scampered up the stairs, picked up my guitar, stepped up to the mic, and on the downbeat of the first verse I hit the CM7 chord and began singing.

At that moment, several people who thought all my talk about how to run a musical ensemble was hot air suddenly updated their thinking.  Andy (Andrew Hagan Nilssen) followed me and began playing bass mid-verse, followed by John (Mastick) on the drums, and Jeff came to the stage to play lead frills behind the vocals as the second verse began.  Ruthann and Ann joined us in time to sing the four part vocal ending, and the audience welcomed us to the stage.

We played a carefully-planned twenty-minute slot, and yielded the stage to others, but were invited back on stage at the end of the program to play another maybe half hour.  After that, several local coffeehouses invited us to play their venues.  This song had a lot to do with that, I think.

After The Last Psalm dissolved, I made a monophonic multi-track recording in which I improvised lead guitar frills; I liked them enough that I expanded them to two parts, and recorded that on a regretably lost tape I made in a studio at Gordon College.  I preserved the parts, though, for this vocals-over-midi-instruments recording, made as part of the nostalgic collection of recordings of Last Psalm songs for Jes Oldham entitled When I Was Young.  There is a midi “hiccough” in the second line, but it’s barely noticeable.  Although the lyrics don’t really strike me as great, I do like the inside rhymes.

I don’t perform it because I always feel like it needs the four-part ending vocals; I have a live recording I did at the Silver Lake Community Church one week which to my mind underscores that.  Yet it was an important song in my history, and worth preserving in its own right.

How many times can I look down,
Only to find I’m still on the ground?
How many days?  I can’t even count.
How many ways have I tried to get out?

How much more is all I can take?
Before I know I will break?
And if I break, what else will there be?
Is it too late to care about me?

Is there someone, somebody, somewhere,
Or someone’s son who really cares?
Is there a man–there has to be–who would lay down his life,
Do what he can for you and me to save us from strife?

Next song:  When I Was Lonely