This is mark Joseph “young” blog entry #390, on the subject of World Facilities.

This is the seventeenth mark Joseph “young” web log post covering this book, covering chapters 97 through 102.  It was suggested that more shorter posts were a better choice than fewer longer ones, so there will be posts every six chapters, that is, every other week, for this book.  Previous entries were: 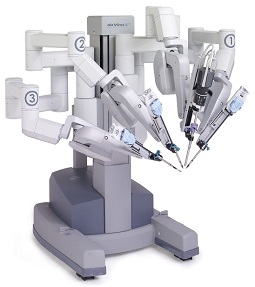 The recognition that the girls were going to need a bathroom was the starting point, and the recollection that Tommy was pretty dirty from crawling through the woods suggested showers and laundry, and that turned this into a day in the apartments instead of continued travel.

I had been teasing the accident for maybe too long, and knew it had to happen despite the fact that I had a long climb ahead and should have more vehicle encounters the closer I got to the top.  I was not certain how to run it, but decided that something Beam couldn’t observe was best.

I realized that this interrupted the ascent, and particularly that Beam was going to have to decide whether to try to climb this link twice or put it off until tomorrow.  I already knew that he was going to have to go all the way back to the lower level to call for medical help, so the decision was going to face him in the next chapter.

Grits with strawberries and cream was something I had probably last January (2020) at a Christian Musicians Network breakfast meeting.  I’m also fond of fried eggs on pancakes, and syrup goes well with that, and sausage with syrup.  The notion that she had to pick what kind of sausage made sense in the context.

I’d had the notion of ordering bag lunches, but Tommy is right, it’s easier to stop along the way.  The idea of tipping the driver was abrupt.

The notion that the medbots would recognize Beam as being in respiratory distress came to me somewhat abruptly, although it may have been inspired in part because I was wondering how soon I could take a respiratory treatment myself, as I was wanting not to take it too soon but recognizing that I needed to do so before I left for a doctor appointment.

This conversation just sort of happened.  I knew they had to eat, and they were doing big breakfasts and should sit a bit before they exerted themselves.  I remembered that they had camped the night and would have things to pack, so I did that and then settled them in the living room.  They weren’t going to talk about anything immediately, but soon enough I got things started, and then moved them on their journey.

It struck me that Beam kept finding restaurants that would seat over a hundred people, which was a very improbable capacity.  I thought of seafood restaurants because I had just published something that mentioned The Lobster House and I remembered taking John, on whom Beam is modeled, there once and having him order chicken.  I started the idea of moving everyone in, and realized that this might be smaller, so I set the pizza place down the hall and split the group.

I felt that a memorial service was needed, and I also felt that Beam had no talent for this, so that’s what I got.  I’ve written several articles on the notion that I rarely ever see funerals in role playing games, and that might have impacted my decision to include one here.