This is mark Joseph “young” blog entry #354, on the subject of Versers Reorienting. 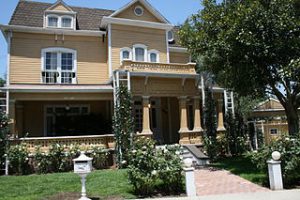 This is the first mark Joseph “young” web log post covering this book, covering chapters 1 through 6.  It was suggested that more shorter posts were a better choice than fewer longer ones, so there will be posts every six chapters, that is, every other week, for this book.

When I began publishing Versers Versus Versers and had introduced the Tomiko “Tommy” Takano character I attempted to get feedback from my readers through social media.  I got very little, and most of it amounted to, “Keep writing the novels”.  The clearest single statement I received said that one particular reader who is also an author most enjoyed the Lauren Hastings stories, also enjoyed the Bob Slade stories, and did not at all enjoy the James Beam stories.  That gave me good reason to include Lauren.  I also had another reader who loved all the James Beam stories, which combined with the fact that he was the second newest character gave me reason to include him.  The Tomiko stories got some favorable mention, or at least I so understood it, and since to this point she had only seen a dozen chapters it made sense to continue her in this book.  Meanwhile, that gave me reasonably different settings, so I have some decisively distinct stories.

I also realized that all three stories were going to be long and involved, which wasn’t bad in itself as they could intertwine in a long book, but I was already posting the chapters of the sixth book and it was short.  I was thus anticipating not having a finished product by the time I finished publishing the other.  As it turned out, I wrote the last chapter of this book after I finished posting the last chapter of the other, but by the time I had posted all the character sheets (at three per week) to the support site, I had finished a quick read-through edit and a workable cover and was formatting chapters for e-publication.

I had had some time to work out in my own mind how Lauren was going to experience the impact of the truck and the arrival in the new world.

The decision to have her live in Delaware was a bit of a risk for me because I’ve driven through the state and visited many people and places within it, but I’ve never lived there.  Still, I think I’m familiar enough for what I need.

When she said that she was from Delaware, I realized that I hadn’t actually decided whether that existed in this world.  I subsequently decided that yes, this was the United States as I know it.

I needed to connect Tommy to something in this world, and the fact that she gets at least partial credit for saving the four-year-old was a good basis for the mother to offer her lunch and a chance to clean up.

I think that the Billings family was part of a 1950s TV show, and Janet may even have been one of the names from it, but I’m not sure of that.  It just seemed like a 1950s suburban family name.

The Industrial Complex is the kind of detailed world that takes quite a bit to get oriented, and the player on whom Beam is modeled did many things here most of which I don’t remember.  However, I’m starting by getting him aware of some of the important details.

The character she meets was what was called a Winged Folk in a variant D&D game Ed Jones ran; I played him, and used his name as well as I can recall it from the game.  I am still attempting mentally to reconstruct the members of the party, with a bit of help from Jim Denaxas (who played the druid Zamfir in that game).  I also know where they are going, but have very little notion of what they are likely to experience along the way.

Asking whether Tiras is an angel is a bit of a joke, because Lauren was once asked the same question, and having been to the edge of heaven she is aware that heavenly beings come in a lot more shapes and sizes than just winged men.  However, confronted by a winged man it’s still her first thought.

I needed a likely light lunch for a little girl in the summer, and decided that grilled cheese and tomato soup was probable.  As soon as I thought of it I realized that Tommy had had quite a bit of cheese recently, which put her in a bit of a quandary, but then, she would choose to eat rather than not.

I am not a bubble bath person; I remember it from childhood, though, and I know that women are often fond of them.

I don’t have actual floorplans for apartments in the originally designed world, on the assumption that these would be so numerous and varied that referees would need to devise them as needed.