This is mark Joseph “young” blog entry #385, on the subject of Characters Ascend.

This is the fifteenth mark Joseph “young” web log post covering this book, covering chapters 85 through 90.  It was suggested that more shorter posts were a better choice than fewer longer ones, so there will be posts every six chapters, that is, every other week, for this book.  Previous entries were: 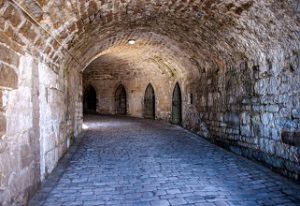 In a game I would have rolled a general effects roll here, since there is no actual map and I need to know whether Beam is moving toward or away from the ramp he seeks.  I debated whether to do that here, but instead I think I used a technique I got from E. R. Jones I call “invisible dice”.  Often he was asked what he wanted to do, he would reach in a pocket, pretend to draw out a coin, throw nothing in the air, and then catch it and slap it on his wrist.  He would look at the nothing on his wrist and give his answer, as if it had been decided by the flip of an invisible coin.  It actually had not, of course–he once explained to me that the action had function, that while the invisible coin was in the air he found himself hoping it would come down one way or the other, and that was how he knew what he wanted to do.  I realized that I needed to move Beam forward several steps on this chapter, and that to do that I was going to have to get him to the ramp quickly.

I had worked out in my mind that at least once on the climb the people would eat successfully at a restaurant, and given that I was figuring each level was about half a kilometer (about the maximum I could stretch it) and I was starting on level 27, roughly six to seven miles deep, I thought that the first climb would be the toughest for Beam and have the greatest incentive for ordering from the computer.  I was considering what could go wrong, but decided to hold off on that.

I was to some degree struggling to produce chapters that were long enough.  However, the Hastings/Takano story was requiring me to shift viewpoints more frequently than I anticipated.  I’m hoping that the next Takano chapter will let me break out a bit.

I recognized the problems with camping in the halls and restaurant while I was thinking through this chapter–which I did quite a bit, because I was thirteen days hospitalized.  I also gave some thought to the next Takano and Hastings chapters.

I needed to get Tommy’s equipment upgraded and give Lauren time to find her, and this seemed to do the trick.  After all, Tommy is a bit like Derek, in that her computing skills are her strong suit, and in a world like this I have to make that matter.

This chapter came from nowhere–I had not thought of any of it before I started writing and realized that Beam had a tendency not to sleep when he wasn’t drinking, and had no means of knowing the time.  I drifted with him in the silence of the compound, and sent him back to bed.

One thought on “#385: Characters Ascend”