This is mark Joseph “young” blog entry #364, on the subject of Characters Learn.

This is the sixth mark Joseph “young” web log post covering this book, covering chapters 31 through 36.  It was suggested that more shorter posts were a better choice than fewer longer ones, so there will be posts every six chapters, that is, every other week, for this book.  Previous entries were: 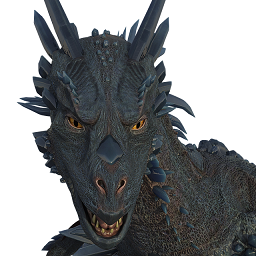 I had spent quite a long time looking for a solution to this dilemma, and remembered that Tiras had more than once talked to potential opponents and won safe passage by his words.  When I had the orcs send Tiras down that corridor I knew only that there was something down there they weren’t telling him.  Then I decided it was a dragon, and then that they were going to follow in anticipation of killing any of his party who fled.  Then having put Tiras in this box I thought long about how he would escape it, and realized that the orcs undoubtedly expected him to fight the dragon (kensai, samurai, and anti-paladins in that world do not have fear and so do not flee).  If he killed the dragon he would be weakened and they could more easily kill him; if he was killed by the dragon it would be weakened and they could kill it.  Either way, they would be able to take the dragon treasure, a horde far greater than anything orcs usually have.  That meant that the solution for Tiras was to explain to the dragon the dilemma this created for it, and so obtain safe passage for himself and leave the orcs behind to deal with the dragon.

The line about Tiras killing any party member who attempted to steal from the dragon was added after I had written the chapter but before I started the next.  It kept nagging at me that there were thieves in the group and one of them might attempt to enrich himself at the expense of the dragon, and Tiras would want to assure the dragon that they would not do that.  I was going to have him tell this to the dragon, but decided instead that he would tell it to the group knowing the dragon could hear him.

This was mostly color.  I had to look up what movies were out in the summer of 1959, and I never determined whether Darby O’Gill, which was released that year, was out in time for summer, but as I did with the eclipse I decided that it was close enough.

The actor who never sang in another movie (as far as I know) who had a career playing a superspy and action hero is of course Sean Connery.  It was a sad coincidence that Connery died a few days before this chapter was published.

I started writing about the sporting goods store because I’d introduced retail outlets and wanted a place where Beam could get gear that would be useful in the future.  As I was writing about the camping equipment it occurred to me that I had no idea what people in this world would do with such stuff, but I was well into it and thinking that it was important that he be able to get some of this for the future.  I think in fact he never returned here, but he did order some gear through the computer.

I pondered for quite a while how to keep a dungeon crawl interesting–a problem I had recognized all the way back at the beginning when writing Bob Slade’s djinni quest story.  It was not until after I had written Beam’s chapter that I came up with the idea, which I realized would give me at least two or maybe three chapters, and some interest if not tension.

I had expected the chapter to be longer and cover more material, but when I got to that end point it occurred to me that it felt like a break point, that there ought to be a pause before Tiras returned and gave instructions for the next step.

When I was doing the survey to determine which characters would be in this book, one of my short-term online forum players who was an old friend from decades before suggested I include him.  I wasn’t looking for another viewpoint character, and I wasn’t looking to use real player characters in the role, but I had been trying to figure out who was going to explain to Tommy what was happening to her, and the idea of having John, who is reportedly an even better drummer now than he was decades ago when he played in my band The Last Psalm, playing with a local band at a club and meeting her there immediately appealed to me.  It may have been one of the selling points that had me include Tommy in this book.  John really is the things I expect to include.

John had discussed with me what we would call his character, but I had forgotten.  I hit the point where the girls are about to give the name of the drummer and stopped cold and messaged him.  It was a few hours later that he got back to me, and he suggested a name that actually was a singer in a rock-and-roll band back then whom I did not recognize, but I did a quick search and told him I couldn’t use the name of a real person.  Johnny Angel was apparently a nickname that one of his fellow police officers gave him, and I thought it was perfect.

I had been toying with where to place this for some time.  I kind of wanted it to be in northern New Jersey, but I didn’t want the club to be in New York, and was not at all sure about cities up there in 1959.  Thus once again I’m in the southern part of the state, probably Camden or Burlington County, and working with Philadelphia.  I had first thought that they would park at the Speedline and take it across the bridge, but a check told me it didn’t exist then.  I remembered as a boy taking the ferry into New York, but Philadelphia didn’t have a ferry until the 1990s.  I didn’t want them to park in the city, but there were rail lines on the bridges so I decided on a commuter train from Camden to Philadelphia.

After the book was finished, I floated an idea to bring Johnny Angel back in a future book with Derek picking up the trumpet (it is mentioned in the second book that he played a little) and getting in the same band with him.

The thoughts on the archery range and other combat sports facilities had been simmering since I had mentioned the sporting goods store.  I needed an excuse for why Beam was seeking these but not using the computer to find them, and his paranoia was very helpful in that regard.

I wanted Beam to figure out at least part of the address system so that the reader would also get some of it.  I couldn’t have him work it all out because it wasn’t that obvious.  Using DP for Distribution Points saved me from having Retail Units, and was in keeping with the fact that no money was involved.

I decided to accelerate the mapping, and in so doing it struck me that they would find other places to eat.  I was trying to think of what kinds of places they would find, and when I thought of pizza I remembered that they ordered pizza delivery and received deli sandwiches from the welcome wagon, so I included those two outlets in the collection.