This is mark Joseph “young” blog entry #383, on the subject of Character Departures.

This is the fourteenth mark Joseph “young” web log post covering this book, covering chapters 79 through 84.  It was suggested that more shorter posts were a better choice than fewer longer ones, so there will be posts every six chapters, that is, every other week, for this book.  Previous entries were: 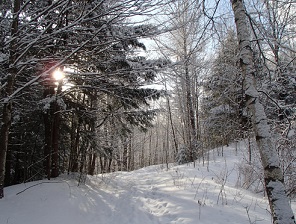 I honestly did not know what I was going to do at this point, with options including that Serona would know what to say, that the party would pass unmolested, and that there would be a fight after the party began exiting.  I thought of Lauren’s response after I’d written the intervening chapters, and went with that.

I was having the same problem with Lauren that I was having with Tommy:  she was going to verse out now, and I wasn’t ready for her in the final world.  I realized I was just going to have to deal with that as well as I could, because if I didn’t have her die here I would be stuck for how to get her out down the road.

I realized that I had versed out both Lauren and Tommy in a sense too soon, because I had too much still to do with Beam before I could bring them to him.  It probably took me a day (longer, really, because I saw the trouble coming from several days away) to realize that my answer was to accelerate the Beam chapters against the others.  I didn’t especially like this because the Takano chapters were furthest behind, but it was going to prove to be the best answer.

I also accelerated the dull part to give him a very long stay in this world before the others arrived.

I got hung up in the middle of this chapter, because I knew that I was reaching the critical turning point and had to bring in the berserk mining mole, but it would be such a disruptive event that I couldn’t figure out how to do it smoothly.

This was definitely a stall world, that is, a place to drop the character temporarily while preparing the next significant world for her.  I was readying Beam’s world for Lauren and Tommy to reach, and it was almost ready but not quite.

I was pushing Beam out the door so that he would be on the move by the time Lauren arrived.  I had to think through his speech a bit to make sure I had all the necessities, but I wrote it at one shot.

This was a bit of a juggling act, but it worked.  I needed Lauren to find Tommy first, which meant that she and Tommy both had to be in this world immediately.

The question “Left or right” is one that comes from a Game Ideas Unlimited article I wrote about an illusionist technique that puts the next encounter wherever the player character decides to go, so the adventure doesn’t really depend on his choices and he can’t derail it simply by not knowing which way to go.

This chapter did not take me nearly far enough, but it was about to get disjointed if I didn’t stop, so I did.