This is mark Joseph “young” blog entry #361, on the subject of Characters Explore.

This is the fifth mark Joseph “young” web log post covering this book, covering chapters 25 through 30.  It was suggested that more shorter posts were a better choice than fewer longer ones, so there will be posts every six chapters, that is, every other week, for this book.  Previous entries were: 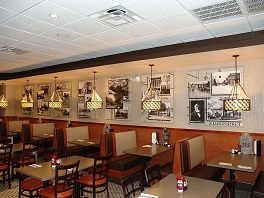 There was a disabled army vet who joined the game shortly before I was forced to leave it.  It took me a while to remember that his name was Bob Slimmer; getting his wheelchair in and out of the house was a task relegated to the high school boys who were playing at that time.  I had completely forgotten who his character was, but Jim Denaxas provided the name Apatukwe, and the details that he was a Ranger, human, of Native American ancestry, which Jim thought a particularly clever character background idea but which would only work in Ed’s game, in which there were some humans who had been magically gated from the real world.

I knew what was ahead on the path, and what the orcs expected, and so yes, they were being followed by those orcs who had sent them this direction.  What I didn’t know yet was how to resolve it, but having a ranger as rear guard meant to me that there was a good chance they would detect their pursuit and respond to it.  Still, the character Tiras expresses is the problem, the limitation on his actions:  he won’t attack creatures just because they are said to be evil or dangerous; they have to be known to be guilty or aggressive.

I was still trying to decide on the title for the book at this point, and I was thinking Reversal, and alternately Inverse Proportion.  Then I started playing with Reversal and came up with Re Verse All, which I kind of liked, but I floated it to a few top supporters and got a few other suggestions.  Eric Ashley recommended Chapter and Verse, Bell, Verse, and Candle, and To Verse is a Verb.  Kyler Young put forward one that I had not considered at all, Conversation.  John Walker suggested that the eighth book could be Joe Verses Slade; I think that’s recalling a Tom Hanks movie, Joe Versus the Volcano, and I like that but feel like there must be something better than “Slade” to make that work (maybe Tornado).  These are now all being considered for future books.

I looked up the most popular girl baby names from the 1930s, and Dorothy was fifth on the list.  Mary was first, but then, Mary is almost always first.  I thought number six Patricia too common and number four Shirley not common enough, and thought that having the name of the character from The Wizard of Oz might have plot value (of course it’s a dream).

Billboard had a useful listing of all the top ten summer hits since 1958, https://www.billboard.com/articles/news/513524/summer-songs-1985-present-top-10-tunes-each-summer-listen from which I gleaned the names of a few artists I barely remembered, and some whose songs I knew but whose names I didn’t.  The site was very unstable, and kept kicking me to other articles I wished didn’t exist.

I knew that Beam was nervous about what they might encounter, largely because of his recognition that the complex was built for a lot of people and he didn’t know where they were.  My original musings had put Sophia’s nagging about going out to eat into a side note, but I realized it would read much better if I made it into a spat, so that happened.  It still set up what mattered, focusing on Beam’s concerns.  It also gave me time to realize that he did these things all the time in games, but that even with apparent immortality doing it for real was different.

I was involved in something else and thought of what I decided was the perfect name for the female drow elf who was not the princess, and it occurred to me that I should write it down–but I didn’t.  Serona is not that name, I think, but it’s similar and will suffice.

I definitely set a problem for myself with this.  Tiras knows he is walking into some kind of danger, but does not know what.  He also knows that he is being followed by the orcs.  It is a reasonable guess that the orcs intend to attack after the party has encountered whatever lies ahead, but it is only a guess, and Tiras won’t start a fight without provocation.  I’m not certain how to resolve it without creating a two-front battle.

I sat on this chapter for a few days.  I knew where it was set, and that it would spring from a conversation between Tommy and Dorothy, but that it had to flow naturally and introduce Tommy to the group.  I decided I had to start it and give it its head, but even then I wandered into the discussion of electronics as Tommy tried to sound like she knew something from her stay in Japan, and I wound up interrupting to try to figure out how it would go from there.  I thought I should bring in Dorothy’s boyfriend, but that would make Tommy a third wheel.  I thought I should introduce her to some of the other girls, and maybe their boyfriends, but I was courting the danger of overloading the story with more characters than I could juggle.

I left off in the middle of the paragraph about popular music, not sure what to say next, but then crashed into Christmas and didn’t have time to think about writing for several days.  Christmas brought a refurbished computer to replace my badly outdated one, but it took a couple weeks to move files and organize enough to be able to work with the new one.  Meanwhile, I was still struggling with how to continue Tommy’s story, and indeed how to continue Lauren’s.  I came up with a solution to Tiras’ problem for Lauren’s story but was still stymied by Tommy’s.

It occurs to me that Tommy’s father is an electrical or electronics engineer, which is what my father was at that time (he moved into computer hardware by the early 70s).  It gives me a bit of a handle on working with her family.

I made a mistake in the first draft.  Tommy got paid Friday night and went to dinner with the family, so she was shopping on Saturday.  She was then invited to go out with Peggy and Dorothy on Saturday, and in the original invitation it said next week.  Then as Tommy got talking about how she had spent all her money, it turned into tomorrow, and I had to find a way to fix it so that it would be the following weekend.

I wanted Beam to map more, and I wanted to give some sense of the shape of the place to the reader, but I didn’t want to belabor everything.  The spat with Sophia came organically, as I knew he would want to map nearby areas he had not seen and she would want to go directly to the restaurant, but it was an argument he would win.

I debated opening apartment doors, but recognized that I would be spending considerably more time writing and he mapping if I did that.