This is mark Joseph “young” blog entry #424, on the subject of Did the Earth Really Stop Turning?.

The article’s penultimate objection is “Can the earth ever stop spinning?”  This, of course, references the account of the battle in which we are told that as long as Moses held his hands up, “the sun stood still in the midst of the heavens”.  It is, of course, impossible, which is the point the article makes. 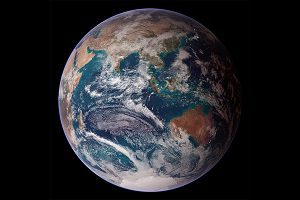 The first objection is that there is no record of such an event anywhere else in the world.  After all, if the earth had stopped turning (the author never considers whether the miracle could have been accomplished some other way) the length of the day would have been increased everywhere, and other cultures would have noticed this.  Yet outside the Bible ancient history is silent on this point.

That’s not exactly true.  In fact, the Chinese, Mayans, Aztecs, and possibly the Egyptians all have mention of an unusually long day in their ancient writings.  The real issue is whether any of these correspond to the date of the biblical battle (or indeed, to each other), which is difficult given our lack of knowledge about placing events on these ancient calendars.  It is certainly peculiar that the Babylonians don’t mention it, but then, they were mostly interested in the night skies, and this reportedly happened during the day in the Middle East.

So maybe there are other records, and maybe not, but records of the past are spotty at best, and we again have the problem of the argument from silence.

From there, the article argues that were the earth abruptly to stop spinning, everything on its surface would have been hurled into the air.  Certainly there is merit to this objection–the rotational velocity of the surface of the earth at the equator is almost a thousand miles per hour.  This, though, is something of a foolish objection.  Let us suppose that indeed God momentarily cancelled all the momentum in the mass of the earth.  What would cause everything to be thrown?  Why, the fact that it, too, has momentum–and if God actually did cancel the momentum of the earth itself, it would have been a terrible oversight for him to have failed to do so for all of those other objects.  Either it was a miracle or it wasn’t, and if it was, it doesn’t need to be limited.

On the other hand, the text does not say that the earth stopped.  It says that the sun stood still–that is, that it appeared to stop moving across the sky–and there are many ways that might happen.

Immanuel Velikovski, early twentieth century scholar, doesn’t get much respect for his theories, but among his interesting proposals is the notion that a near-collision of the earth with another massive object could have pulled us out of our orbit slightly and returned us to it.  Remember, what matters is the visible angle of the sun relative to the ground over the Middle East.  That angle is a function not only of the rotation of the earth but of its revolution around the sun, and the gravitic affect of a significant enough mass at the right angle could have pulled the earth in such a manner that it continued rotating, or possibly slowed slightly, but was drawn away from its orbit such that the angle to the sun was not altered, or was altered more slowly.  Then as the object passed out of range it could have pulled the earth back into orbit and onto its normal course.  It is an incredibly difficult outcome to achieve, but it would be a miracle that does not violate any of the laws of physics as we understand them.

Is that how God did it?  I don’t know.  I only know that it’s a plausible answer.  God being God, it is possible that He froze time for everywhere else in the universe for a few hours so that the battle could be completed in a sort of temporal bubble–we see them all the time in fantasy and science fiction, but certainly the inventor of time could tamper with it if He had reason.  The idea that God “doesn’t break His own rules” has merit, but we don’t know what the rules are or what would constitute “breaking” them, and tampering with the laws of how the universe works–well, it would be like snatching the cue ball off the pool table.  It breaks the rules of the game, but not the rules of reality, and in this case, the rules of reality are outside our knowledge.

So given what we know about God, it is certainly possible that one way or another the sun appeared to hold its position in the sky for an extended period, as the account suggests.  That we don’t know how it was done does not mean it never happened; that we can imagine how it might have been done means that it is not irrational to believe it.