This is mark Joseph “young” blog entry #420, on the subject of Were the Hygiene Requirements in Exodus Impossible to Observe?.

The fifth objection reads “Unrealistic hygiene requirements,” and after citing the requirement that excrement be buried outside the camp the writer asserts that those in the center of the camp would have to walk miles to get outside the bounds, given the number of persons. 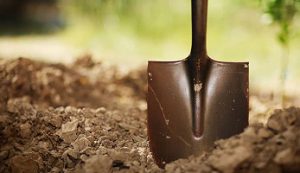 To illustrate the problem, the article provides an image of a modern refugee camp.  It is a plausible image, but not necessarily an accurate one.

We know, up front, that the Israelites were already divided into thirteen separate groups, the twelve tribes plus the Levites.  We are clearly told that when they camped, three tribes camped north of the tabernacle, three to the west, three to the south, and three to the east, with the Levites in the center.  The gut reaction is to envision a square–but that “three on each side with one in the middle” design only allows nine groups.  That means in order to have the design suggested, we have to push outward, which creates space between the camps of the tribes.  Someone who walked to the space between the Levites and, say, the tribe of Reuben, would be “outside the camp” in every meaningful way.

Certainly the tribes at this point are city-sized populations; but again, we know that they are divided into families, and there is no reason to suppose that given the vast area of the wilderness in which they were traveling that they crowded together like a refugee camp.  If there was space between the families within the tribes, there would be room “outside the camps” of the individual families that was within the tribal area.

In my own experience camping in the wilderness, groups of several dozen campers would be clustered together, but there would be space (in my experience usually wooded) between those clusters, and it was typical to walk out of the campground into the space between with a shovel and a roll of paper.  This would be adequate to keep the requirement cited.

So the objection requires specific and unsupported assumptions regarding how the camps were organized and what the command actually requires.  No one would have to walk even the length of a football field to comply.