This is mark Joseph “young” blog entry #422, on the subject of Are There Anachronisms in the Torah that Invalidate It?.

The article’s seventh objection is “There are many anachronisms”. 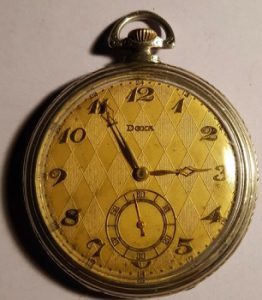 As I mentioned in the introductory article, I am not an Old Testament scholar; I am a New Testament scholar and teacher.  I can’t actually say to what degree there are anachronisms in the Torah–but I can give some principles that might help.

The article specifically targets the phrase “before any kings ruled over the sons of Israel”, claiming that it proves that the books were not written until a time after there were kings.  There are several points to make in response to this, but one is that Moses specifically predicted that Israel would have kings (see Deuteronomy 17:14ff and 28:36), and once that prediction has been made it is not unreasonable for the writer to say that these certain things happened before there were kings.

Further, in this connection and in connection with the statement that there are place names used that did not exist for centuries after the Exodus, two things must be asserted.

First, among those of us who hold to some form of inerrancy, the rule is generally that the Bible was completely correct in its original text.  I know a fair amount about New Testament textual criticism, the effort to establish the original text of those books; I also know that there are problems with applying these techniques to the Old Testament.  Chief among these is that the accepted text in the Jewish community, the Masoretic Text, was preserved over the centuries in a very unusual way.  Each copy was reverently and meticulously made from an older copy, looking at the next letter, writing that letter, checking that letter, then moving to the next, and ultimately when the new copy had been completed the old was reverently destroyed.  Of course, we have versions of the Hebrew text that are outside that tradition, plus early translations to other ancient languages, but the older the document in question the more difficult it is to establish the original text.  It may be that changes have crept into the Torah which we cannot correct.

The second point, though, is that it is not at all improbable that there were changes made in the early centuries.  Particularly with place names, if the original document recorded a city or a mountain or some other landmark by the name it had at the time the document was written, and then over time the name changed, it is not at all unlikely that copyists preserving the text for the next generation would have replaced the original name with that name which would be known by the intended audience.  It is similarly not at all implausible that the comment about events occurring before there were kings in Israel was a later accretion added so as to avert reader confusion.  We see this in the New Testament at times, that there is a short text in most of the earliest copies, and then a clarifying comment appears in a margin, and then copyists mistakenly insert that comment into the text believing it to be an editorial correction.  After all, these accounts were intended in large part to provide for the people an understanding of their past, and the fewer place names they recognized the more the story seems to become a fantasy.  Thus a copyist might well say, oh, that’s not called that anymore, now it’s called this, so we’ll update it.

Of course, the copyist could be wrong, and that would mean that an error crept into the text.  Most of us don’t have a problem with the possibility that the text we have is not absolutely accurately the one produced by Moses; the changes are undoubtedly going to be minor and not significant to our understanding of that which they report.

So ultimately the kinds of anachronisms that are claimed to be in the Torah are not a sort that would invalidate the assertion that the original documents date from the events they claim to report and over centuries minor accretions and corrections have adhered to the text without impacting the integrity of the core events reported.