This is mark Joseph “young” blog entry #415, on the subject of Can the Exodus Story Be True?.

A Facebook contact sent me a link to an article, Ten Reasons Why the Bible’s Story of the Exodus Is Not True, and asked for my comments on it.  After some consideration, I determined that the only effective way to tackle such a massive undertaking was to create another web log miniseries.  Here it is. 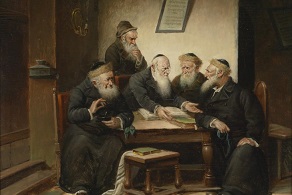 The first point that must be considered is the early statement “…most experts and scholars dismiss the story as mythology.”  Although the article does mention that there are what it calls “literalists” who believe that the events happened, it cites none of them in its presentation, and this reflects a very particular form of bias among liberal scholarship.  We might call it a litmus test.

I heard Reverend David Redding talk about his own journey to faith, in which he ultimately confronted the question of whether the miracles reported in the Gospels actually occurred.  He noted that C. S. Lewis believed in miracles, which was interesting.  Lewis was Professor of Medieval and Renaissance Literature at both Cambridge and Oxford Universities, and a respected writer in the field of myth and legend.  However, liberal Bible scholars insisted that he was no scholar precisely because he believed in miracles.  (He wrote an excellent book on the subject, Miracles:  A Preliminary Study.)  Therein lay the problem:  no credible scholars believed in miracles because a belief in miracles automatically disqualified you from being a credible scholar.

Thus in citing scholars for the article, the author sticks to “credible” liberal scholars and ignores anyone who believes that the miraculous might have happened, dismissing them perfunctorily.  I note, for example, that a professor from Hebrew Union is cited.  Hebrew Union is liberal enough, as Jewish institutions go, that they conferred a degree on Dr. Marvin Wilson, as such authorizing him to teach at any synagogue.  Dr. Wilson is no liberal, but he is an Evangelical Episcopalian who was chairman of the Biblical Studies department at the Evangelical school Gordon College.  Conservative Jews are not comfortable with his rabbinic ordination.  He, incidentally, believes that the Exodus did occur.

Liberal scholars begin with the belief that miracles cannot happen and therefore never did happen, and that because of this any claimed historic accounts which contain them must be false.  It then becomes the task of the “scholar” to explain not how these things happened but how these documents which make impossible claims about supposed historic events came into existence.  You have a problem of presuppositions:  since these books contain records of impossible events requiring divine intervention to have occurred, they must be false, and we have to find another way to explain them.  The article begins from the assumption that the account is false, and looks for ways to demonstrate it, rather than approaching the evidence in an open and fair way.

In fairness, the article raises what must be called “practical” issues, and this series will attempt to address them in the articles ahead.

As a final caveat, I am not an Old Testament scholar.  My studies are very much focused on the New Testament; my Hebrew is limited to a few words which I cannot even spell because I do not know the Hebrew alphabet.  I studied these questions half a century ago, have lost all my books, and am working predominantly from memory.  I will recommend the work of Josh McDowell; his More Evidence That Demands A Verdict provided excellent insights into several of these issues and got Jeff Zurheide and me through a very grueling Old Testament Origins course (OT337) with Dr. G. Lloyd Carr back then.  He has written more since then, but I have not had the privilege of reading it.