This is mark Joseph “young” blog entry #423, on the subject of What Kind of Infrastructure Did the Wandering Israelites Need?.

The article’s eighth objection is “What would it take infrastructure wise for a community of 2,500,000 to function?”. 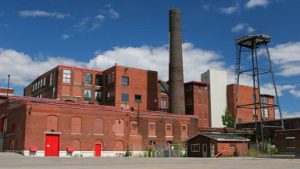 I don’t want to say that the article is being silly at this point, but–well, I’m going to address a few of their points, not in sequence.

The article states, “Factories and mining facilities were needed as they all had spades, tools, and weapons.”

“Factories” are an invention of the industrial revolution.  The word itself was created in the mid sixteenth century.  Prior to that, objects were made by the people who needed them, or by skilled craftsmen.  The best guess dating for the Exodus (between the thirteenth and fifteenth centuries before Christ) puts it in the late bronze age, so metal tools and weapons could be forged in simple fires, as indeed the Native Americans were doing with copper before the arrival of Europeans–if they used metal at all.  Just because they had shovels did not mean they had metal shovels.  Wooden shovels would have been adequate to the job, and I suspect if put to it even I could make a wooden shovel.  They might even have used stone tools for some tasks.

The article acknowledges “Since their food was rained down for them as manna, we can skip that necessity,” but fails to mention (Deuteronomy 29:5) that their clothes and sandals did not wear out.  The author seems to believe that clothes for the children had to be manufactured, but it was the ordinary practice of the time that people made their own clothes.  It speaks of needing hospitals, which were actually invented by Christians millennia later; schools, for a people who raised and taught their own children; medicines, which were herbal; first aid stations–the author exhibits no understanding of pre-modern societies, and less of nomadic ones.

The only question he raises that has any force at all is the need to find water; and the force it has is largely based on the statement that they were wandering in the “desert”.  That word has a very specific meaning in the modern vocabulary, based on the annual level of rainfall.  The ancient word, though, was better understood as “lonesome place”, the place where no one lived, the wilderness.  These people had a heritage of being shepherds.  They were accustomed to moving with the grass and the watering holes.

Was there enough water to hydrate that many people and their animals?  It does sound like it would take a miracle–but we already know that they were being fed by a miracle, the manna that they collected fresh every day.  We don’t have any of it to examine; we can’t guess the moisture content (and many desert creatures get all their hydration from the plants they eat).  Also, although we say they were “wandering” in the desert, they weren’t really–they were following the pillar of fire, the presence of God that told them when and where to move.  Undoubtedly part of that would have been to bring them to fresh water supplies when needed.

And the text addresses the issue of water.  On two occaisions Moses miraculously caused water to spring out of the rocks.  What is more important than that he did this is that God had him do it specifically to communicate to the people that they were not to worry about water.  He guaranteed they would have it.  They did not need plumbing (another terribly modern concept) to receive it.