This is mark Joseph “young” blog entry #306, on the subject of Versers Refocused. 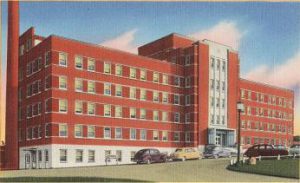 I was pushing to get through the recounting of the previous novels, and finally concluded it.

I had realized several chapters before that Lauren didn’t know the names of any of the people who took care of her, and that this was one of her problems, of forgetting that the people around her were real people and she should care about them.  She hadn’t figured out yet why she was there, partly because she had been focused on getting out of there.

At this point my challenge was to put the clues in place without giving away the mystery.  I’m not sure how successful I was; at this point it looks obvious to me, but then, I already know the solution.

I was well behind my outline when I reached this chapter, but it managed to go smoothly and cover more than I expected.  I had already written most of the next two chapters, to give Kyler ideas, but the day I wrote this I had been feeling ill and lost a few hours, and it was late by the time I got this far, so I postponed the others to get more sleep.

The problem here is that her life is filled with inconsequential characters, but she can’t treat them like inconsequential people.  That means I can’t just write them off with “he tells you his name”, because names matter.  One of these people might become important; the problem is that she can’t know which one at this point, so they all have to be given equal importance in the text, and I have to burn through and remember a lot of names.

I was thinking that I hadn’t made my mystery tough enough, so I was trying to stretch the solution over several chapters.  I’m not at all certain how to resolve the matter—whether there will be a rescue or whether the kidnapper will surrender.  For the moment, though, the plot is still being examined.

I had been imagining this chapter from the moment Kyler had explained the dysfunctional ring, and had written a substantial part of it in notes as “this is where I think we’re headed here”.  In the previous Beam chapter I had hinted but not actually stated that he put the dragon control ring on the finger on which he had worn his wedding band some years before, because I needed a reason why someone would remove it, and the new wedding ring was the obvious one.

As I recall, Sophia was something of a composite created by our collaboration.  She had to be a redhead because that’s Beam’s weakness (mentioned previously), and she had to be a witch because we needed to give him a support team that had power before the end of the book and he already had a powerful psionicist and a demonstrably weak wizard, plus a superb fighter.  She also had to have a strong personality, the kind who was going to fight with Beam but still love him.

Kyler and I had a discussion about whether Lauren’s identification of Jesus should be capitalized “the Son of God” or left in lower case, “the son of God”.  The argument was that in this instance it was not a title or name but a descriptor, and so did not get capitalized.

I kept swithering about the raid, on the one hand thinking that this could be resolved without violence, on the other hand thinking that it was going to end badly for someone.  At this point I decided on the raid, partly because I needed some good story and more action, partly because it was the best resolution I could find for the events to this point.  I also decided who was going to die in that raid, and some of the aftermath.

One of the challenges of this chapter was putting the right words in the right mouths.  I had to assume that Vashti was back with the entourage and therefore couldn’t say anything here; that means that the pieces of information about family and culture had to come from people who knew them, pieced together by the legal and logical knowledge of the others.  More than once I started to write something and decided that someone else had to say it.

I had been thinking for quite a while that Derek has to ask Shella to tell Vashti what it would mean for her to marry him and become a verser, but I didn’t want to get into those details too deeply.  I knew that it would be simple to have the actual conversation between the girls offstage, since neither of them are viewpoint characters.  Putting the initial conversation between Derek and Shella offstage as well meant that I could return with Vashti talking about what impacted her from that discussion, without dealing with what she might or might not know otherwise.

I wrote most of this chapter months before, as the transition from the wedding to the new world, but I had to add material describing what was known of the new world.  I had wanted it to be a place with enough technology that Beam could recharge the Pyronics 2000 and obtain some other high-tech weaponry, with a high psi bias so Bob would be back in form, and a flatlined mag bias so my new witch would be mostly useless.  I tossed around a number of ideas, including the Titanic and another space ship of some sort, but settled on an automated mecha war zone.  The bunker was a good starting place.

I had been worrying about how to get Lauren out of this world, but I almost abruptly figured out how to do it.  I started working toward that here, as she shares the gospel with her caregivers.

The difficulty here was that I wanted to go directly to the interview with Bilhah, but I couldn’t get past the conversation about becoming a verser between Derek and Vashti.

I realized while I was in the middle of this that somewhere I had a resource for titles in different cultures; I just didn’t know whether Caliph was on it.  It was, but the feminine forms weren’t, so I looked them up.

There were several things I wanted to accomplish in this world, mostly in terms of supplying Beam with needed equipment, also in creating the foundation of a relationship between him and Sophia.  I wasn’t sure how I was going to do it all, but I decided to start with food.