This is mark Joseph “young” blog entry #291, on the subject of Versers in Action. 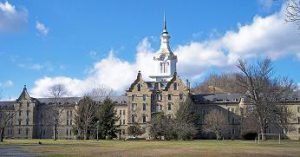 This idea kept coming back to me, and I kept thinking that there were problems with it–but I kept working on the problems, and thought I could make it work.  Part of it was because when the mission was over I sort of expected that they would all teleport back to the palace, and I didn’t want the readers wondering why they hadn’t used the ability prior to that.

As soon as I finished the Brown chapter, I realized that I probably should write about his flight, and that meant another Brown chapter.  I started to mark this as a Beam chapter, but then decided that there was some tension in Lauren’s story that I should pursue, and the Beam chapters weren’t coming so quickly as I hoped (I was waiting for Beam 6 introducing his second world), so I decided to do Hastings and then Beam and then return with Derek.

I had been thinking through this chapter before I’d written the previous rape attempt, and in fact did the previous attempt as part of setting up for this one–I needed a reason for her to be in four-point restraints, and for her attacker to be particularly nasty at this point.  Still, several parts of her response were devised with reference to her character paper while I was writing it, including the failed attempt to interrupt his thought, the realization that she could enhance her vision, and the failure to raise the shield resulting in the attacker’s collision with the other shield.

I had also originally envisioned people entering the room and finding Brack trapped against the wall by the shield, unable to escape.  I decided pretty much at the last minute that Lauren would have decided not to give them proof of her power here, but would remove the shield before anyone else had any evidence it was there beyond Brack’s fall to the ground.

I debated the photography part, and decided to push it into her next chapter and cover it quickly in retrospect.

Before I wrote this chapter, Kyler delivered Beam 6 through 8, which were inserted in the text as chapters 23, 27, and 31.

I had started to envision this as an internal dialogue, but I realized it worked better as a conversation with Shella.

The original outline for this chapter read “At this point we should have Beam trying to figure out what’s happening to the princesses.  He will argue that Dawn should be permitted to stay in the room with them, and that will delay their disappearance for a few days (they won’t open the portal if they think she’s watching).  At some point, though, we’ve got to have them open the portal and pass through, and have Beam and company follow–maybe Bron has a scrying spell that enables them to observe from the other side of the door, so they see what happens and also see the gate operation spell.”  I found myself a chapter behind, as I struggled to find a motivation for Beam to undertake the challenge.  It also occurred to me that a magician might be able to hear thoughts, although it is harder in magic than in psionics, and that would conceivably make it possible for Bob to communicate with Bron–but I also decided it couldn’t be something Bron already knew or did, because that would have changed things significantly for him already, so he was going to have to figure out how to learn the spell.

I had decided to describe the teleport from Kondor’s perspective, and as I considered it I suddenly thought of a possible new direction for his magic problem:  he would have been told that magic was from the devil, so if he is forced to accept the existence of magic he will have to confront the question of its source.  I started that here; I’m not sure whether he can resolve it.

I kept trying to end this chapter, and it kept avoiding a comfortable closing.  I didn’t want to get into the watches, but knew it would be raised, so I tried to escape the discussion gracefully before they got to it.

I wrote the paragraph with Lauren’s sarcastic response (detailing possible explanations of what happened) as soon as I had finished the chapter with the rape; I also thought through a lot of the photography stuff.

This chapter grew from the question of how they should proceed from here, and why Derek didn’t see the camp when he overflew the wadi.  I put the first question in Slade’s mouth and addressed it to Joe, and went from there.

It was only after the chapter had been written that I realized it conveniently set me up for a Slade scouting mission.

I had nearly caught up with the outline, and got a bit of an advantage when I realized that Bob could hear the thoughts of the princesses, and so would know about the secret door as soon as Beam got them to think about it.  It was still going to be tricky getting to the place where they went through the door, but I figured I could manage that.

I really was not sure what I was doing at this point, other than that I needed to have the credible appearance that they were searching for the bandits, leading ultimately to a confrontation.  I had stumbled into Slade and Shella first, and remembered that they used that spell for stealth but that Slade was also trained as a thief.  I kept it short and left open exactly how all that would be accomplished.

I needed a way to move forward, and ultimately this world was supposed to be about the perfectly sane verser dealing with a world’s mental health system that believes her crazy.  The notion that Brack would be mistreated for believing something that actually was true would be a concern for her, so getting her to claim the ability to do that was not so improbable.  On the other hand, I talked with Kyler about whether or not she would actually demonstrate the ability (and whether to have it succeed or fail or botch at this point), and agreed that this was going to open the direction into the main point of the world.

By this point I was well behind the original outline, which read “This is probably a quiet chapter, returning to the forge.”  However, it was moving nicely.

I had been trying to figure out how to handle the three nights in which Dawn was babysitting the princesses, but decided that the simplest way was to have Beam report to the King on the third morning what had happened.  In retrospect, I realized that this was the only solution that made sense, because Beam, my viewpoint character, wasn’t going to be present in the room, and Dawn, who was in the room, always gave terse to-the-point factual reports.

This chapter took a fair amount of crafting.  I needed it to be credible that Joe would arrive with the others while there was still fighting, but that Slade would have done sufficient damage and survived.  I pondered for a couple days whether he should be captured accidentally or intentionally.  I also had a plan for the fire beast, but things kept taking turns that moved me in other directions, so I put that off for another chapter.