This is mark Joseph “young” blog entry #284, on the subject of Versers React. 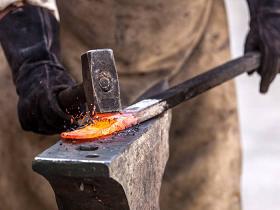 This came together in my mind in several pieces.  I had created the notion that there were bandit raiders on the eastern border, and decided that the nation beyond the eastern wilderness supported them, hoping to wear down the Caliph’s defenses in preparation for conquest.  That would be the major event in the next book, and the new James Beam character would land on the other side of that war.  Kyler and I had also talked about having the efriit working with that country, and connecting Beam to the efriit before he arrived in this world.

In contemplating what would happen in this Brown chapter, I had begun with the idea that Derek would attend the briefing, but then I wanted something with a bit more tension, and I decided that the Caliph wasn’t going to tell Slade everything.  That meant I had to have something the Caliph wouldn’t tell, and I had to have some way for Slade’s people to learn it and know it had been known.  I recalled that Derek had clairaudience and could listen to a distant conversation, but then I remembered, too, that he had used the sensory presence ability to explore the human city in For Better or Verse, and that would give me more impact.

At some point I had also decided that the Caliph and his people would not expect any of Slade’s people to speak Arabic or Farsi, but that Derek had studied both as a spy in Spy Verses and had never used them.  I had decided he would overhear a conversation in one of those languages, and not reveal that he understood it, so I incorporated that here.  It also enabled me to limit what he understood.

The creature that is named that he does not understand is a dragon, but the point is that it is not as big as a dragon.  I have a number of elemental fire spirits listed somewhere, but it won’t be necessary to give them names at this point.

The burns are dreadful, and make for a compelling scene, and also perhaps explain why the Caliph wouldn’t mention them.

I had originally envisioned the briefing as being seen through Kondor’s eyes, but now I had a new wrinkle with Derek’s contribution, and brought Slade’s perspective into it.  They would be preparing for their mission in their next chapter.

It had been two months since Kyler had written anything, and I was getting antsy.  I discussed it with him, and he said it wasn’t coalescing into chapters and he didn’t know when it would, so I should go ahead and write it.  I immediately produced this chapter.

Along the way we had discussed the plot ahead, and put together quite a bit of what he thought should happen, all of which I had puzzled into an outline.  Of this chapter, I had written “I see two threads here, one following the murder of the reeve, in which the king sends troops and the situation escalates as Beam and Dawn take out the troops, leading to an ongoing stalemate; the other in which Beam starts learning to be a blacksmith.”  I chose to follow the blacksmithing thread first, and was considering whether to stretch the response of the king another chapter.

I dreaded writing this chapter for a while, because I was moving into unfamiliar territory–not that I didn’t know how Lauren would react, but that I wasn’t certain how her female fans would feel about this.

When I diverted from the last Kondor chapter to write the Hastings chapter, I made a note for myself that read “Next Slade chapter focus on his anticipation and excitement.”  As I came to the chapter, I realized I also had to move the story forward and get them on the edge of action.  That meant breezing through a lot of preparation, and not spending too much time on introspection.

It took me several days and a consultation with Kyler to finish this chapter.  I early worked out that Derek had to see something, and that the best shot was that he would see charred patches from the fire beast; from there I needed him to talk with Kondor, and that reminded me that he had never contacted Kondor telepathically but had read his mind, so I could use that.  I was having trouble making it gel, though, until Kyler suggested that the burned patches were attacks on villages.  There wouldn’t be villages in the wilderness, I thought, but there would be herdsmen with goats, moving their camps around.  From there it was figuring out what kind of pattern Derek might see that would be informative to Joe, and that came together as I thought about it.

The outline entry for this chapter originally read “At some point Beam has to become aware of Bron’s meager magical abilities.  We’ll need to give him a few useful skills.”  Since I had not launched the conflict with the king in Beam 10 I did so here.

I had some trouble thinking of what sort of spell Beam would see Bron using, and had given consideration to one that enabled him to put a sharper edge on an axe.  Kyler suggested that Bron would be blessing his hammer before use.  At first I thought this not a good choice, because he would have been doing it all along and Beam would have seen it quite early, but then I decided that just because Beam saw it didn’t mean he would have asked about it immediately.

I thought about this for a day or so.  I had intended it to focus on the question of putting Lauren in restraints, to set up the next scene, but it had to begin with the doctor asking about the attack.  It also seemed necessary to suggest Lauren was a bit rattled by the attack, despite her success at repelling it.  She should begin to see her vulnerability here.

The decision to break camp and follow Derek was abrupt, and cut the chapter short–so short, in fact, that I decided I needed more to happen, and brought in the second message from Derek.

I pondered this chapter for a couple days.  Fairly early I decided that it should tell of the travel retrospectively, and that they should be camping about a mile from the wadi but still not know where the camp was.  Most of the strategic issues were developed as I ran the conversation, figuring out the issues as I went, and abruptly I hit upon a solution that Derek could suggest, but I didn’t want him to have it all together as quickly as I did or it would look too simple, so he’s thinking about it.

I also rather abruptly decided that Zeke should propose the watch arrangements, and constructed them on the fly.  However, I made a mistake in having him say everyone got six hours of sleep because he only got four, so I went back to fix it.

The original outline for this chapter read “We have to move into the princess story, and it’s going to take a chapter to transition to the beginning of it.  Since Beam isn’t going to volunteer, the king is going to have to send a delegation seeking his help, probably offering pardon for all crimes.”  Unfortunately, I had not yet resolved the matter of the rebellion against the king, and I wasn’t sure how to handle it all.  I’m still not completely certain, but I think there won’t be a fight this time, because I need to get to the rescue of the princesses.

I came at this awkwardly, because the previous chapter meeting with the doctor was very good and I didn’t know what else I could do.  I invented the Philman Act to suggest that there were things Lauren didn’t know about this world.  I’ve a rough notion that it is a law giving rape victims some benefits or rights, but at present don’t need more information than that.