This is mark Joseph “young” blog entry #293, on the subject of Versers Relate. 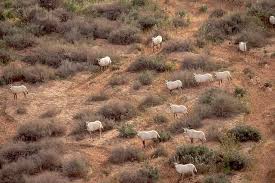 I couldn’t really see a chapter describing Slade’s slow walk through a fight in which he was only an observer with a few occasional contributions to be all that interesting.  The only interesting part would be confronting the fire beast, and that wasn’t going to be a big deal in the pattern I’d anticipated; we’ve seen Shella bury opponents before.  It would be more interesting, I thought, to have the reactions of the others in the team to the description of that, and I needed to go to Kondor’s arrival anyway, so I wrote it this way.

Lauren’s earliest memories surrounding the crib are mine, pretty much verbatim.  I also had the experience of my friend, who in my case was Ricky (I never could spell his last name) who lived two doors down across the street going to a different kindergarten session, only he was morning and I was afternoon.  The neighborhood kids are roughly modeled on my elementary school neighborhood, Maria replacing Anne Profumo, who was two years younger than me but did have two older brothers who babysat and an older sister with a birth defect.  The kids across the street from her were sisters, and I do not remember their names and never was sure whether one was older than the other; I moved away from that neighborhood after elementary school.  Ricky’s older brother called him Dinky; I asked why once, but he didn’t want to talk about it.  The rest is a pastiche of things I remember doing as a child.

The Ob-Gyn is my wife’s story; we traveled quite a distance so she could see her doctor there, and my kids were all born in that hospital because that’s where they had their practice.

It would make no sense to give the original outline notes for this chapter, as they assume that much has already happened that has not happened yet.

I wrote myself into a corner here, and had to get Kyler to help me out.  The problem is that I had just recently realized that when you have complicated plans your characters are going to use, either you don’t tell them in advance but just let them unfold in action, or you tell them and then have something go wrong.  The particular details of this plan needed to be told in advance, complete with backups, but then I wasn’t sure what could wrong—or how to fix it.  Kyler gave me information I had not known about his character Dawn, and I put together the details of why they failed to get through the gate from there.

I decided on a ritual spiel in Spanish, of which I speak very little but Kyler a bit more, and used Google Translate to get exactly what I wanted.  I also recognized that listening at a door with a cup works well if your mind can work out the words, but you can’t really clearly hear all the consonants, so Beam wouldn’t get what they needed.  Neither, then, would Bob, who is listening not to words but to thoughts.  That means once the gate closes, they don’t know how to open it.

I was mostly concerned with wrapping up the scenario and getting back to the palace.  I knew I was going to have them teleport back, but recognized that they had left the wagon and two men several miles away and had to retrieve them.  Derek was the logical choice for correcting that.

I pondered for at least a day or two just what the Caliph would give them to express gratitude.  Finally I recalled that the gift offered by my example middle eastern rulers in the Book of Daniel was promotion to an important position.  The Caliph wasn’t going to make anyone third ruler of the nation or anything so grand, but he would give some kind of title to Slade, and the logical one was Royal Advisor.  That left me with the question of whether he would just ignore the contributions of the others, which I decided I didn’t want, so I decided that since Royal Advisor would probably include some kind of badge of office, a gold chain with a medallion was a good choice, and the others could receive similar gold chains without the medallions.

I pulled a lot of this from my own memories of my own neighborhood and elementary school years, but made a lot of changes as well.

I had wanted to cover several sessions in this chapter and push toward the moment she versed out, but I realized when I substituted a Mexican dinner for the Hawaiian luau I remembered from my own elementary school days that Mexico probably would not exist in a world where they had never heard of New Jersey, and that diverted me into her talk of geography and how different her “imagined” world was from the real one.  Thus I wound up filling the session, and the chapter, with a lot of useless world detail and a still confused psychiatrist and a theory of the multiverse.  Hopefully I’ll be able to pick up the pace next time.

I was really pleased with this.  I went into it with no clue how Beam was going to get the cloak and shoes, and came up with the answer while he was asking his team for suggestions.  I knew that Dawn could kill them both, but didn’t want that.  The original story had the hero distracting the two with the idea that they should race to decide who would get it, and then vanishing with the cloak and shoes while they were running, but not only did I not want to take that idea, I knew it wouldn’t work for four.  I needed a way for him to outsmart the pair, but they weren’t that bright, so I did it.

I’m several chapters behind the outline, but happy with how it’s going; if necessary, I see that I can move Beam chapters tighter within the story frame.

I had originally labeled this a Slade chapter, but forgot, and thought of a good idea for Derek before I started writing it, so I changed direction.

I decided that I could move more quickly through Derek becoming part of the entourage of the princess if I put it in Slade’s perspective, and decided that Slade has started worrying about things that aren’t necessarily problems.

I didn’t see a way to get around Lauren explaining the whole verser thing to Doctor Conway, but I hadn’t really covered it perhaps for a couple of books, so I decided it wasn’t going to bore readers badly.  It was important to have that as part of his perception of her delusions.

I was at this point printing the first draft of each chapter and delivering it to Kyler.  When he read this one, he immediately suggested that Lauren would read the mind of the psychiatrist, to know what he is thinking about her.  We discussed it, and I thought yes, this is something she will do, but at the end of this chapter she is lost in her thoughts of family and won’t do it until some time in the next session, or whenever I get to the place where she arrives in Philadelphia and reads Gavin’s mind.  That would cause her to decide to read the doctor’s mind.

I saw the transit with the boat as something of a comic moment, as Bron grabs one of the thwarts inside the boat and tells the boots to take him to the other side, only to have the boat lift partly from the water, holding him down and tilting such that he can’t see where he’s going.  I’m afraid much of it is lost in the telling, but the appearance of the boat might convey it at least to some readers.

In the original fairy tale, of course, the hero gets the girls away from the princes, gets them under his cloak so that they can see that their suitors are demons, and returns them safely home after escaping.  The world as published in Multiverser:  The Second Book of Worlds has that as a plausible outcome.  However, one of our objectives here was to create a relationship between Beam and the efriit, having decided that these were actually efriit and not demons, and it seemed reasonable to bring the story to a quick resolution by having them arrive too late to stop the weddings.

I was going to make this a Kondor chapter, but I kept coming back to a conversation between Slade and the Caliph about Derek and the Princess, so it had to be a Slade chapter.