This is mark Joseph “young” blog entry #367, on the subject of Versers Encounter.

This is the eighth mark Joseph “young” web log post covering this book, covering chapters 43 through 48.  It was suggested that more shorter posts were a better choice than fewer longer ones, so there will be posts every six chapters, that is, every other week, for this book.  Previous entries were: 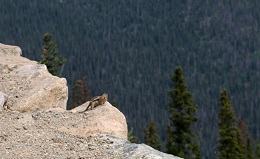 In thinking about this chapter, it occurred to me to wonder whether Malacon, the antipaladin, had brought his charger.  I decided against it ultimately, because I couldn’t imagine that a large black stallion was among the beasts for which Lauren had been caring and she never mentioned it.

I wasn’t sure how much detail to include, complicated by factors such as I wasn’t sure whether the monk and the assassin could climb cliff faces and didn’t look it up, nor was I certain how many thieves I had in the party and didn’t try to figure that out, either.

It struck me that I should know what kind of car Johnny drove, partly because it would make a difference to the image of packing six people into it.  I, though, know very little about cars, so I contacted John Mastick, on whom the character is based, and asked him.  He said it would probably be a 1956 two-tone blue/white 4-door Ford Fairlane, cool enough for a musician but also roomy, three speed standard transmission on the column.  The next part was figuring out how much of that would wind up in a story told from Tommy’s perspective.

The parent sitting up is modeled on my father, complete with can of beer and crackers with cheese melted in the oven.

Bringing Beam in contact with living humans is proving more challenging than I imagined.  There are also lots of little things about this world, such as repair robots, medical robots, the recycling system, factories, ventilation shafts, and more, that haven’t appeared.  The dead body is a step closer, but not there yet.

I was kind of stuck looking for a next idea for Lauren.  I really did not want to try to write a mass combat scene, as it is very difficult to make them interesting, but I was running out of logical obstacles and thinking that they needed to encounter something.  I was thinking of spiders, because the drow have something of an affinity for them, but not sure how to play it.  I had to get them across the floor of the chasm anyway, so I sort of stalled.

I realized that I had completed the goal I had set for this world, and didn’t know where I was going from here, but for the moment it was important that Tommy react to what she had learned from Johnny Angel.

The dream was a last-minute inspiration.

I wasn’t sure how to do this, particularly as the world is set up such that the gods interfere with magic and try to connect it to technological solutions.  I had to open Sophia’s character sheet for what spells I knew she had, the world book for what the bias of the world was, and the rule book for lists of spells that might work.  The idea that Sophia didn’t have a spell to find people but Bron could create one gave me something for Bron to do and made some sense given their general attitudes toward magic.