This is mark Joseph “young” blog entry #267, on the subject of A Mass Revival Meeting.

On September 27 through 29 (coinciding with the Feast of Tabernacles) an organization called Awaken the Dawn is planning a massive effort entitled Tent America 2018.  In all fifty United States capitals and on many college campuses they are planning to hold huge meetings over several days, comprised of worship music and intercessory prayer.  The hope is to lead America to revival.

I received an invitation to participate, but after some investigation I declined, for a number of reasons.  I am sure that it will be a wonderful time of praise and worship for those for whom such meetings are worthwhile, and I would certainly encourage anyone to participate who benefits from such meetings.  However, I think the organizers, at least at the Trenton New Jersey location, have made two serious mistakes.

The first mistake is entirely common in our present time:  they have assumed that anyone who is a Christian musician is de facto a worship leader.  As I have elsewhere noted, just as the majority of Christians are not what we call “ministers” (although all are called to serve), so too the majority of Christian musicians are not “music ministers”, and even among those who are only some are what we call “worship leaders”.  Leading people in worship is fundamentally pastoral ministry.  It’s not about standing up front with a guitar singing the right songs; it’s about being called to that as a ministry.

I say it’s a common mistake–just as back in the 1970s it was assumed that anyone who was a Christian and a musician was automatically an evangelist.  It wasn’t true.  Today the assumption is that such people are automatically worship leaders–overlooking the fact that a worship leader is, pretty much by definition, a pastor, although very few will say this of their worship leaders.  I know they’re making this mistake because when they told me what they wanted, it pretty much came down to standing on the stage singing worship songs, not speaking more than necessary.  I am a teacher, but they did not want me to teach even a little bit.  Very few of my songs are “worship songs”; most of them teach.  I also have talked with another Christian musician planning to play there who readily admits not being a worship leader, but who is planning simply to play a few worship songs; if someone else is leading worship, that’s fine, and I fully agree with that attitude of being willing as a musician who is not a minister to support another minister with musical gifts.  However, it is a mistake to expect such musicians to be ministers just because they’re musicians and they know some worship songs.  It doesn’t work that way.

The other mistake is that they expect mass meetings of worship and intercession to result in revival.  I don’t want to say that it doesn’t work that way, but history and scripture both suggest that it doesn’t.  Revivals do not arise from Christians being involved in praise meetings; nor do they come from intercession.  Every revival whose roots can be traced began with believers repenting, confessing our own sins and admitting that we have not been what God wanted us to be.  These meetings are not telling anyone that.  Rather, they are focused on enjoying our relationships with God (which is certainly a good thing) and praying for other people.  It is not until we pray for ourselves, ask forgiveness and seek to change our ways, that we are launching the roots of revival.

To that end, it’s not going to be songs like You Are My King (Amazing Love) by The Newsboys, or Revelation Song by Phillips Craig & Dean that bring revival, as wonderful as they are, but songs like For King and Country’s Oh God, Forgive Us.  It is when we meet to confess our own sins and change our own lives that revival begins–always with the household of God.

This is mark Joseph “young” blog entry #266, on the subject of Minstrel Barry McGuire.

I met Barry McGuire thrice; I’ve mentioned that, and I’ll tell you about it, but his history goes back before mine. 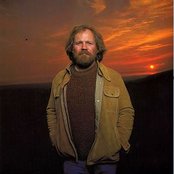 Barry might be the first successful secular artist to become a leading contemporary Christian musician.  He was a member of the successful folk group The New Christy Minstrels–not a founding member, but co-wrote their first hit, Green, Green, on which his characteristic voice can be identified on lead vocals.  He went on to appear on stage in the Broadway hit musical Hair, but was best known for his single–which knocked The Beatles‘ Help! out of the number one spot–Eve of Destruction.

In 1973 he recorded his first Christian album, Seeds, on Myrrh Records.  I was aware of the album, and am sure I heard it, but don’t recall any titles on the track list.  His signature song Happy Road, recorded in several versions on several disks, was originally released on Lighten Up in 1974 (and the backup vocals might sound familiar, but we’ll get to them).

His most famous studio album was undoubtedly Cosmic Cowboy, whose title song rose on the Contemporary Christian music charts when it was released.  I think most of us didn’t know what it was–Rap was brand new and at that time exclusively black, so a song in which the lead singer talked all the way through had more in common with Country/Western ballads, but the heavily-orchestrated disco-like background music was incongruous with that genre.

About the same time he got a lot of airplay of the title song of a children’s album, Bullfrogs & Butterflies.

I always found that Barry’s studio work did not do him justice.  I met him at a concert somewhere near Boston in probably 1976 or 77, and he impressed me by taking time to talk with me about music ministry; that’s been recounted in web log post #163:  So You Want to Be a Christian Musician, and it inspired me to write my song Mountain, Mountain (Barry is the mountain, not just because he is a large and imposing person and personality).  In March, 1977, I opened for him at a Gordon College banquet we called the March Thaw, but was unable to play the song for him then, and then when I was at the radio station he stopped by one day when he was singing in the area and talked with me on the air, but I didn’t have a guitar (and silly me I should have sung it for him a capella, but I didn’t think of it and didn’t think I would never see him again).

He appeared on the Keith Green tribute album First Love, and reportedly retired but returned to tour with Terry Talbot.  I find no report of him since 2016, but no obituary either.

We’ll have more of Barry after the next entry, because his music for a time was intertwined with another band who recorded with him numerous times but is much better known for its own career.